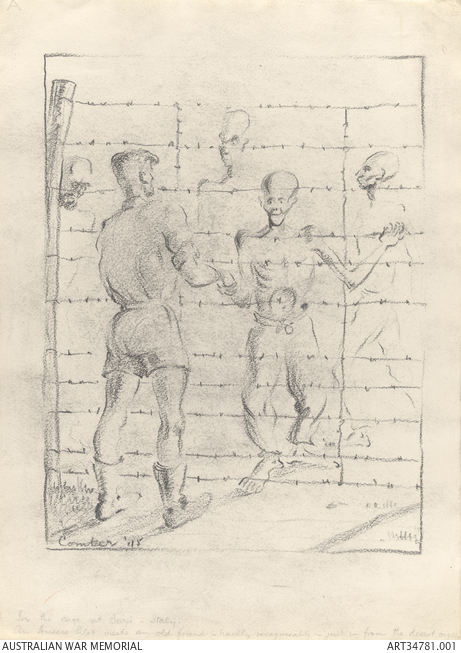 A pencil drawing of an Australian pilot meeting an old friend just in from the desert cages. POWs caught in North Africa were often transported to several poorly-equipped camps before being transported from Tripoli to Italy; many of the prisoners were underfed and exhausted by the time that they arrived in camps such as Bari, on the Italian coast.