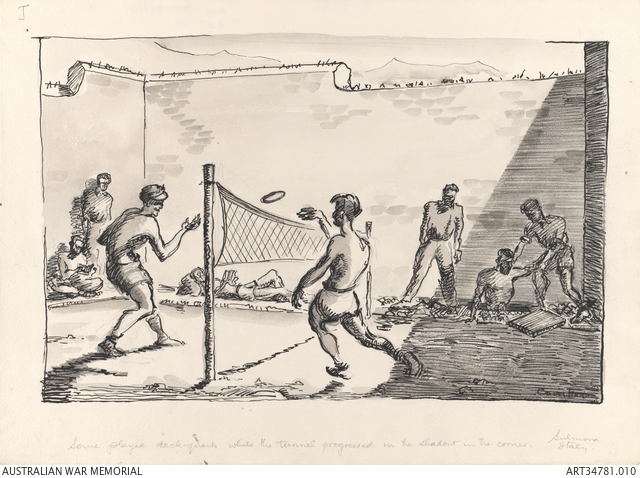 A drawing of several men at Campo PG 78, a POW camp in Sulmona, Italy. While some of the men entertain themselves with ball games, they are distracting attention away from the shadowy corner where more men are working on a tunnel.

Escape attempts by the Allied servicemen held in Axis prisoner of war camps were not uncommon. This particular tunnel was discovered when a donkey caused the roof to collapse after the tunnel had been weakened by rainfall.