Disposing of the earth from the tunnel, Sulmona 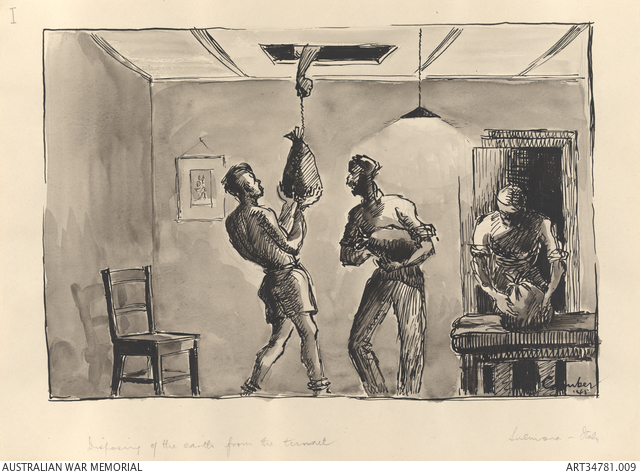 Depicts a drawing of three prisoners removing soil from the tunnel in bags, a fourth is in the roof handing down the bag. At Sulmona the artist joined the Escape Team and tunnel-digging crew. Over two months they worked many hours underground, however the plan ended in failure. Most Australian officers captured in North Africa ended up in Campo 78 at Sulmona, near Rome.