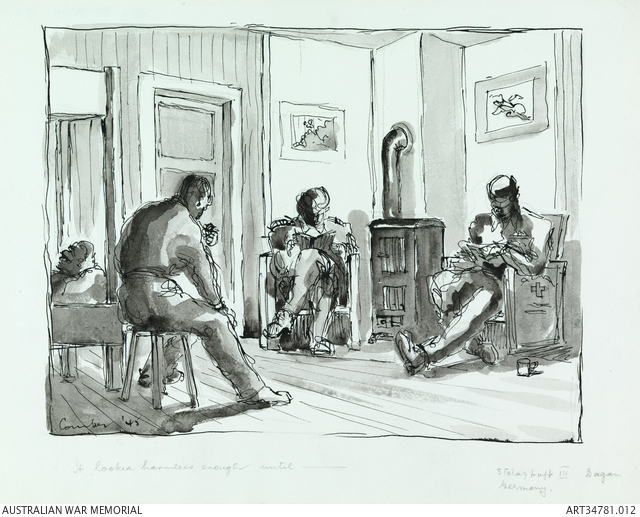 Three officers seated in a room within the German prisoner of war camp Stalag Luft III. The stove conceals the hole leading to the tunnel. Stalag Luft III (Stammlager Luftwasse III) was a German prisoner of war camp in Sagan (Sagan bei Breslau), Germany (now part of Poland) where Comber and other officers were held from September 1943 to January 1945. The prisoners planned their escape by digging the tunnel, but those who eventually got through and left the prison were shot by the Germans.