Working in the tunnel, Sulmona 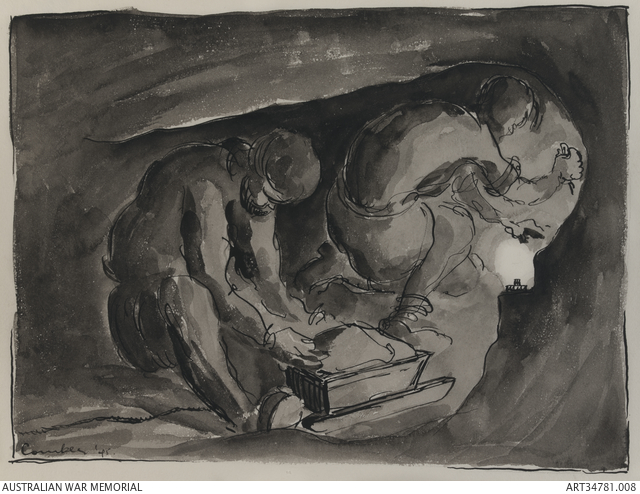 A greyscale wash drawing of two Prisoners of war working in a tunnel. At Sulmona the artist joined the Escape Team and tunnel-digging crew. Over two months they worked many hours underground, however the plan ended in failure when a donkey put its foot through the roof and the tunnel was discovered. Most Australian officers captured in North Africa ended up in Campo 78 at Sulmona, near Rome.