The lid was off, and work had begun again 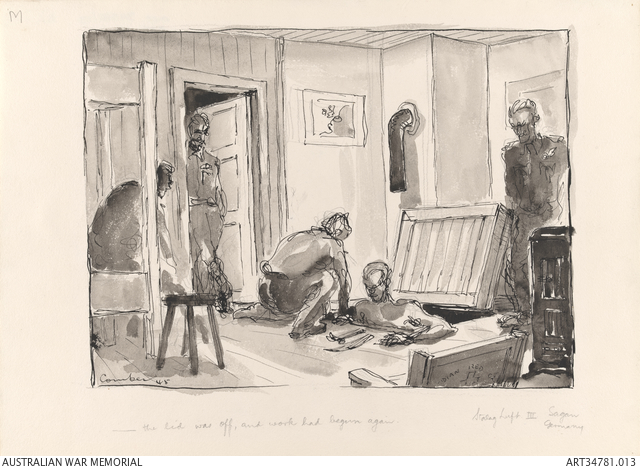 Stalag Luft III (Stammlager Luftwasse III) was a German prisoner of war camp in Sagan (Sagan bei Breslau), Germany (now Zagan, Poland) where Comber and other officers were held from September 1943 to January 1945. The prisoners planned their escape by digging the tunnel in what is now known as the "Great Escape". Of the 76 who escaped in the scheme, 73 were caught and 50 of these were executed by the Nazis.