Through the saps to Pozieres 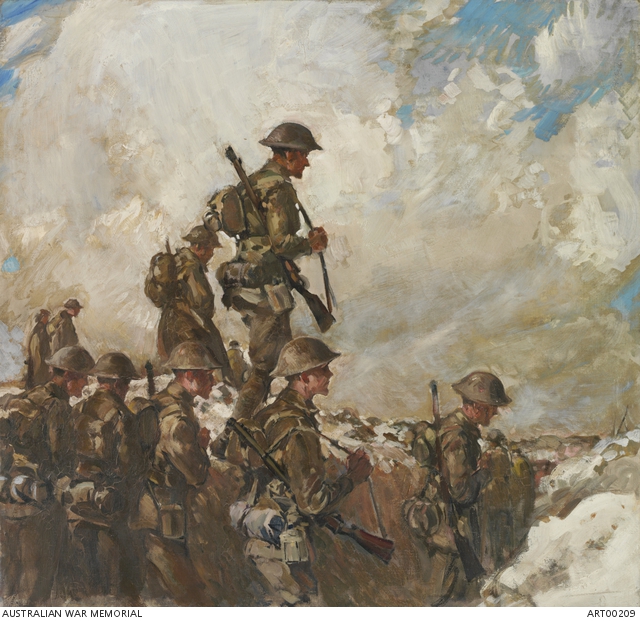 Soldiers wearing helmets and carrying rifles travelling across a snow covered battle field towards Pozieres. Frank Crozier (1883-1948) worked as a decorator and clerk and attended the National Gallery of Victoria School in Melbourne from 1905 to 1907. In March 1915 he enlisted with the 22nd Battalion AIF, serving in Egypt and at Gallipoli. In France he served under Brigadier-General Gellibrand who asked Crozier to make sketches of the Battle of Pozieres. He was trained in camouflage work in London in 1918 and in September the same year was appointed Official War Artist. Following the First World War he worked for the Australian War Records Section in London. He returned to Australia in 1919 and his commission was terminated in 1920. In 1936 he was appointed to the Australian War Memorial for 6 months and during the Second World War he worked in a munitions factory at Maribyrnong in Victoria.