The sinking of the troopship 'Ballarat' 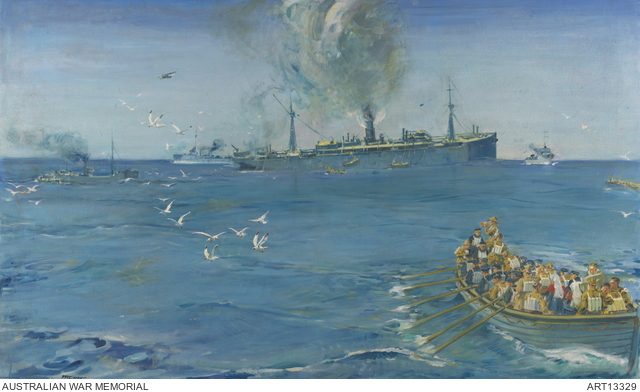 The sinking of troopship SS 'Ballarat' which took place on 25 April 1917 in the English Channel. A submarine torpedoed the 'Ballarat', which was carrying Australian troops from Melbourne to England. Efforts made to tow the ship to shallow water failed and she sank off The Lizard the following morning. No lives were lost of the 1752 souls on board.