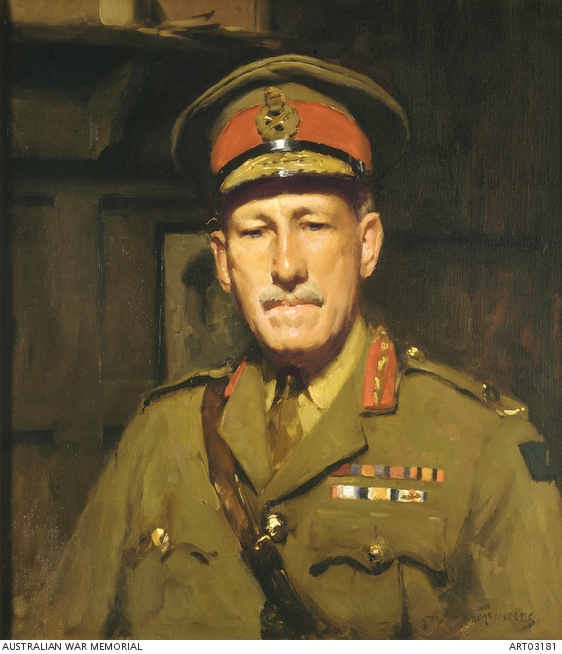 Brigadier General Charles Henry Brand, CB, CMG, DSO, MID, extensive service with the Australians during the war in South Africa, 1899-1902. After the outbreak of war in 1914 he was appointed brigade major of the 3rd Infantry Brigade, Australian Imperial Forces, which was chosen as the covering force at the Gallipoli landing in 1915. In May he was promoted to command the 8th Battalion, which he led for the remainder of the Gallipoli campain and in the early days on the Western Front. He was then appointed to the 4th Brigade, and commanded in all its operations in France and Belgium from the Battle of Poziers to the final offensive in 1918.