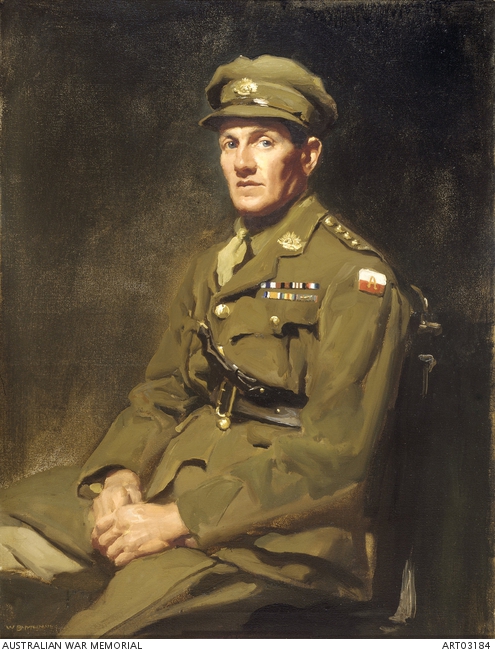 Captain Percy Lay, MC, DCM, MM, 8th Battalion Australian Imperial Forces, served through the Gallipoli campaign as a private. He reached France with the Battalion early in 1916 and fought with it on the Western Front until the end of 1917. At Bullicourt in 1917 he gained the MM and was wounded; the following September he received the DCM for services in the Battle of the Menin Road. Lay was then commissioned and, in October, was awarded the MC for gallantry and leadership in the attack on Broodseinde Ridge. Early in 1918 Lay was selected as a member of "Dunsterforce", a small group from British and Dominion forces that operated in north-west Persia. During the Second World War he served in garrison units in Australia.