Group portrait of officers from the RAN light cruiser HMAS Sydney. The ship was on her way to ... 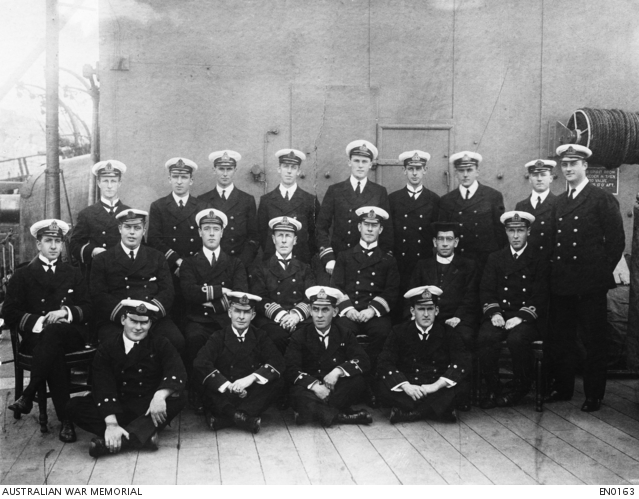