Group portrait of officers of No 8 Squadron RAAF in front of one of the squadron's Lockheed ... 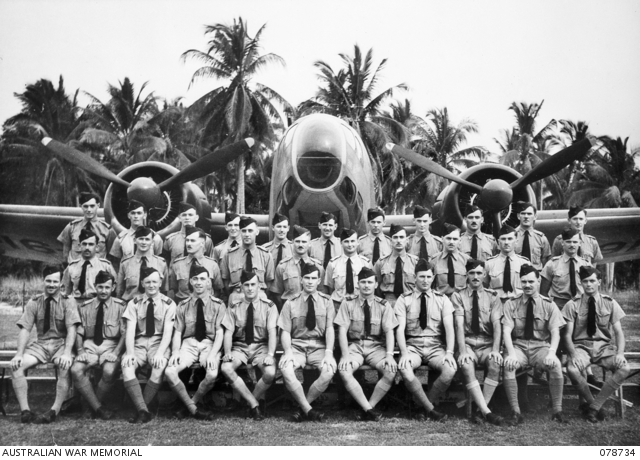