A portrait of Sergeant Maurice Vincent Buckley VC DCM, a Roman Catholic. Buckley was a member of ... 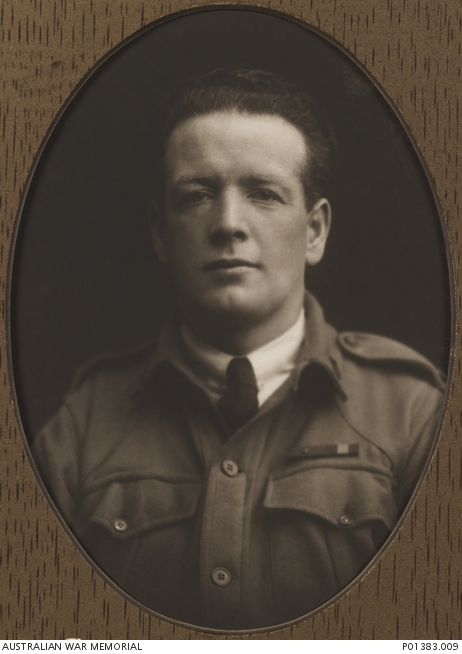 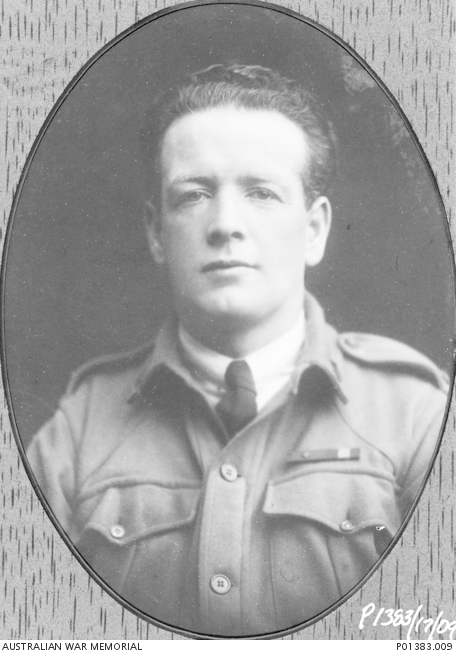 A portrait of Sergeant Maurice Vincent Buckley VC DCM, a Roman Catholic. Buckley was a member of the delegation to the Melbourne City Council that sought and obtained permission to hold the 1920 St Patrick's Day March; he was accidentally killed the following year. This photograph is a portion of P01383.017, a framed composite photograph (photo-montage) presented to Lieutenant John Hamilton VC by Dr Mannix on the occasion of the Saint Patrick's Day celebrations in Melbourne, 17 March 1920. The composite photograph comprises portraits of fourteen Victoria Cross winners (ten Roman Catholics and four Protestants, all presumably with Irish backgrounds) with portraits of Dr Mannix and the entrepreneur John Wren in the centre. It was probably financed by John Wren.