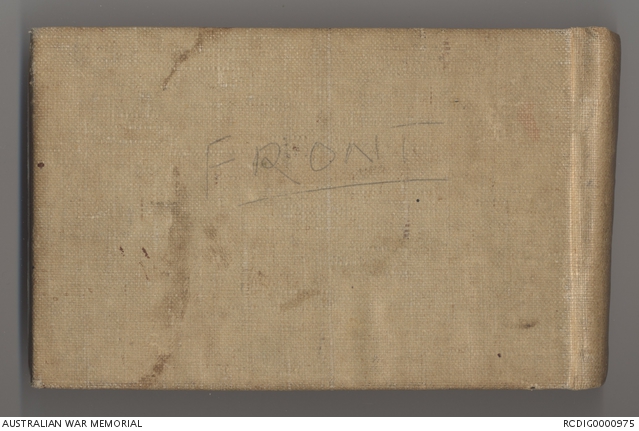 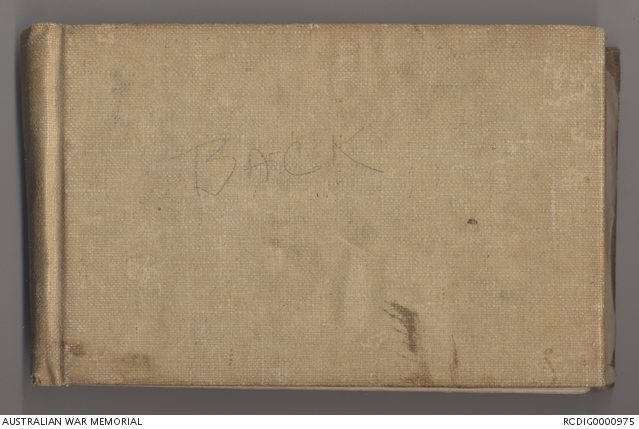 Diary relating to the First World War service of Sister Alice Ross-King. The diary, kept between 21 January 1917 and February 1919, details Ross-King's service with the Australian Army Nursing Service in France from 1917 to 1919. The entries in this diary differ somewhat to those preceding it. With final confirmation of the death of her intended Lieutenant Harry Lowry Moffitt (53 Battalion), and the trying conditions on the Western Front, Ross-King's entries become more sporadic and less detailed. She perseveres, whilst still grieving, and performs her duties in an exemplary fashion. During the course of 1917 to 1919 Ross-King is transferred to 10 Stationary Hospital at St. Omer, then to 2 Australian Casualty Clearing Station at Trois Arbres near Armentieres, and then finally back to 1 Australian General Hospital at Rouen. Of particular note, she describes the night of 22 July 1917 when 2 Australian Casualty Clearing Station was bombed by the Germans. Ross-King would receive the Military Medal for her actions on this night, awarded by General Birdwood a month after. She also describes the vast amount of casualties due to the Ypres offensive in 1917. Having been mentioned in despatches and having received the Royal Red Cross, Ross-King and 1 Australian General Hospital transferred to England following the armistice and then returned to Australia.