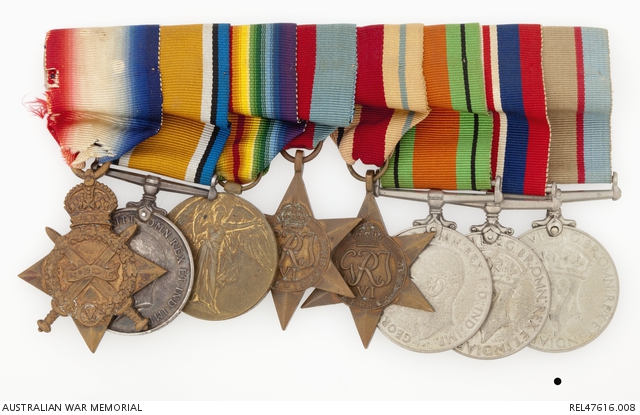 James Lovel Stirton was born in Sydney, but working as a boundary rider when he enlisted on 7 January 1915, stating his age as aged 18 years and 8 months; in fact according to his family, he was 16 years and 8 months. He was assigned service number 1031 and served with 7th Light Horse Regiment, joining them at Gallipoli on 2 October 1915. He was wounded in a minor accident at Ryries Post on 20 October, but the war diary records that he was not evacuated. On 1 December he contracted hepatitis and was evacuated to Alexandria; after recovery, he rejoined his unit in Egypt in early 1916.

Stirton fought at the Battle of Romani in 4 August 1916 and at the two battles for Gaza on 26 March and 17 April 1917; and Beersheba on 31 October 1917. In early 1918 he missed Amman raid due to illness (24-27 February) but was involved in the Es Salt raid (30 April-4 May). On 8 March 1919 Stirton was appointed lance corporal and may have been involved in putting down the Egyptian Revolt in early 1919. He returned to Australia in August and was discharged on 20 October.

In the 1920s, James Stirton worked in various jobs including as a timber getter in Queensland and for the Sydney City Council in the 1930s.

He enlisted for the Second World War in December 1939, dropping his age by at least 6 years to get in. Assigned to 2/6 Battalion under service number NX8834, Stirton arrived in Egypt in 1940 and saw service in Libya, Tobruk, Greece and Crete. He was taken prisoner of war by the Germans at the Battle of Retimo in Crete in May 1941. Allocated POW number 7392 and held at Stalag 383, Hohenfels, he remained a prisoner until the end of the war.