[Sheet music] I hear you calling me 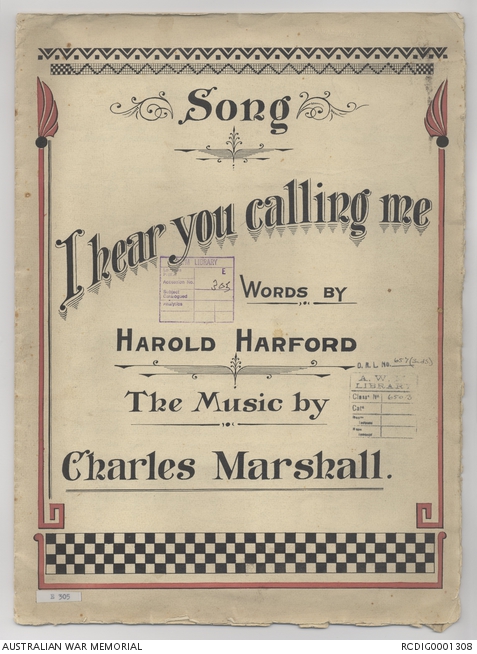 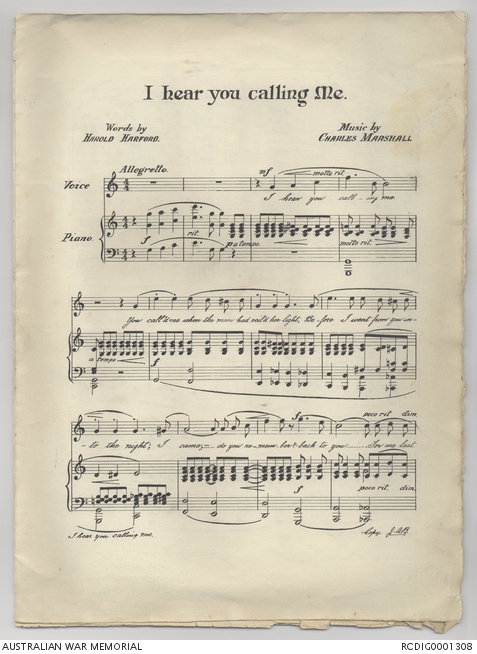 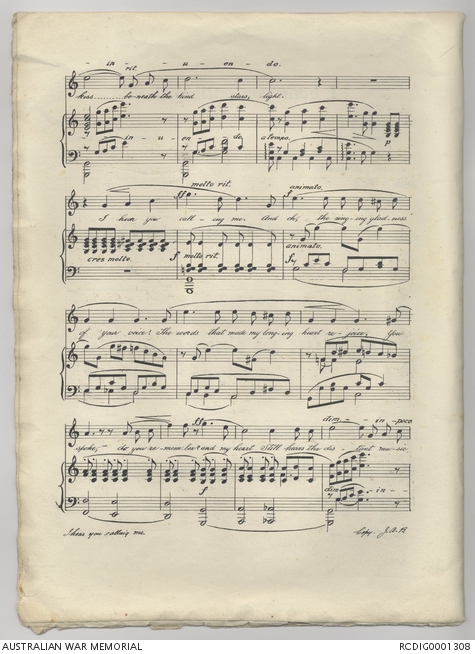 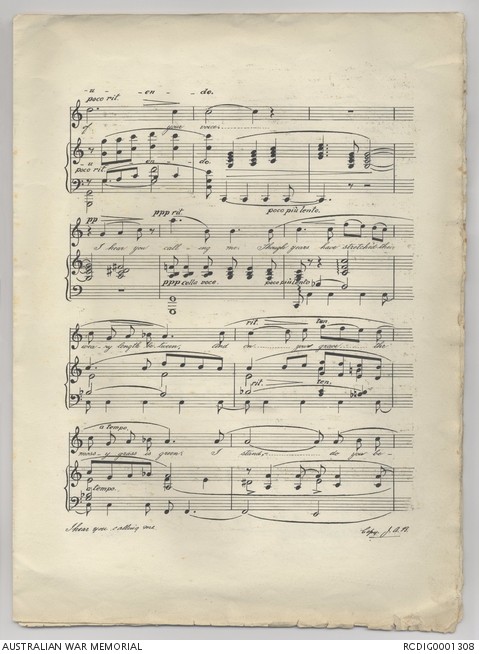 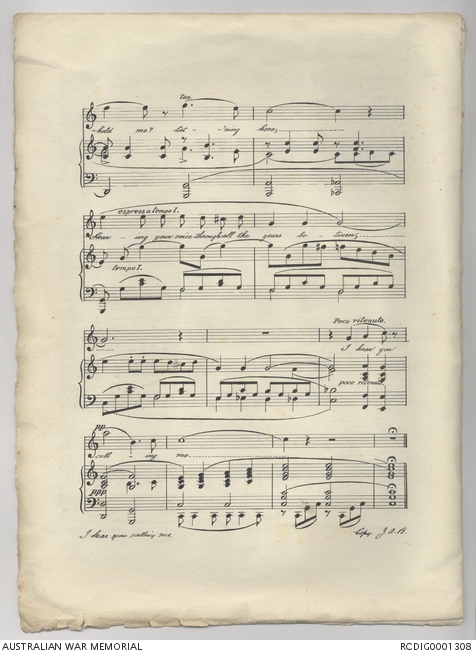 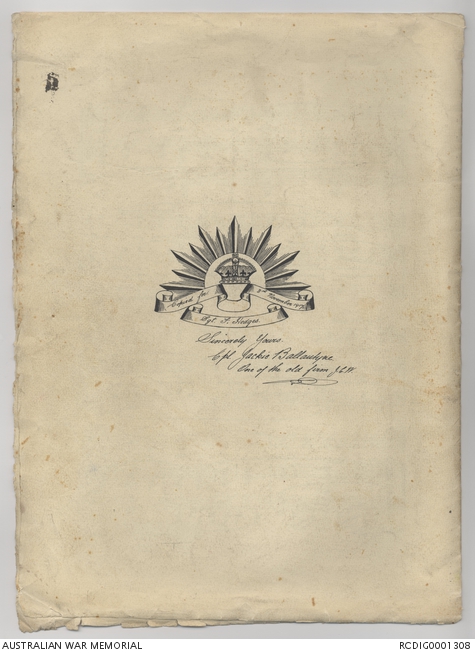 The music for this particular piece was written years before the lyrics were added by Harold Lake, a journalist who used the pen name of Harold Harford. The story behind the lyrics as given by Lake is: ‘A 16 year old pupil teacher at an elementary school in Canterbury met a girl nearly a year his junior. Then followed three years of utter devotion as only the very young can know, then a fortnight of galloping consumption, and a lad of 19 standing on a November day grave.’

The song was published in 1908 with several editions appearing in different keys. This handwritten copy of the song in C Major was just one of these different versions. Lyrics from this song also appeared on a series of postcards published in 1915.

The song was copied out by hand with reference to a printed version of the song at AIF Headquarters, Tidworth, on 8 November 1917. This was done as a gift for Sergeant Frederick Reginald Hedges by Corporal John Aitken Ballantyne.

According to a letter that Hedges wrote at the time the music was donated, the story behind the music is described as:
'... in 1917, Cpl J Ballantyne who copied the song for me as a gift did not know a note of music and so it was copied note for note, the music lines of the stave being done by hand also on a parchment paper, it is a work of art, the front and back covers being splendidly worked, the music itself cannot be distinguished from a printed copy….'