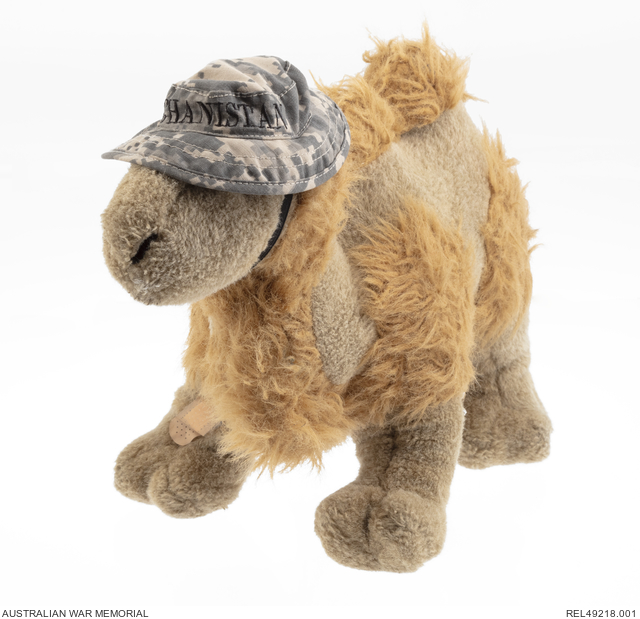 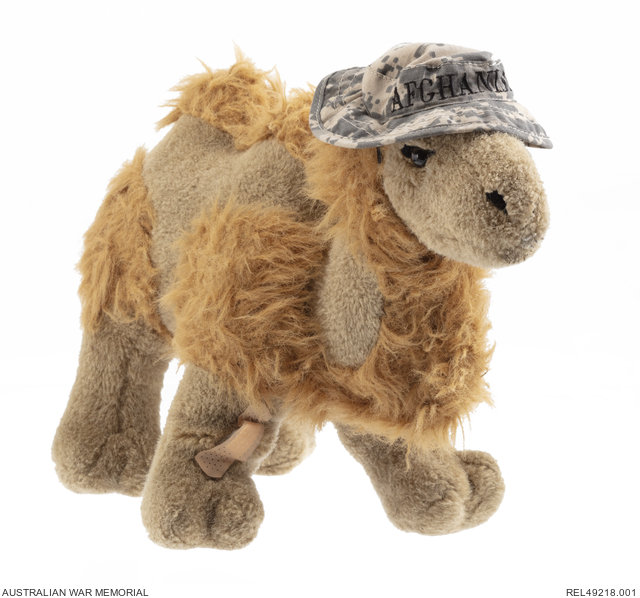 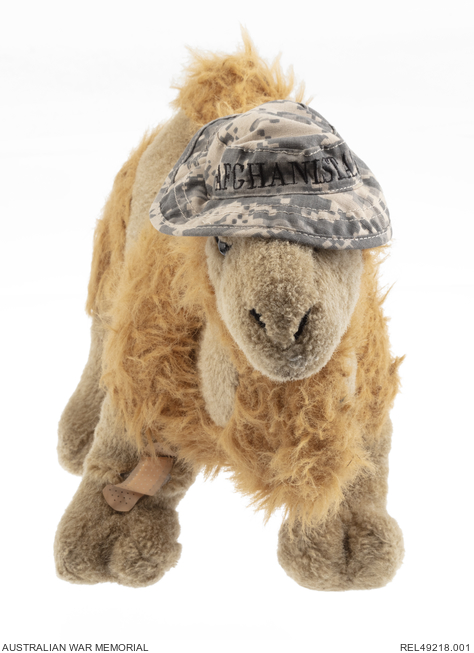 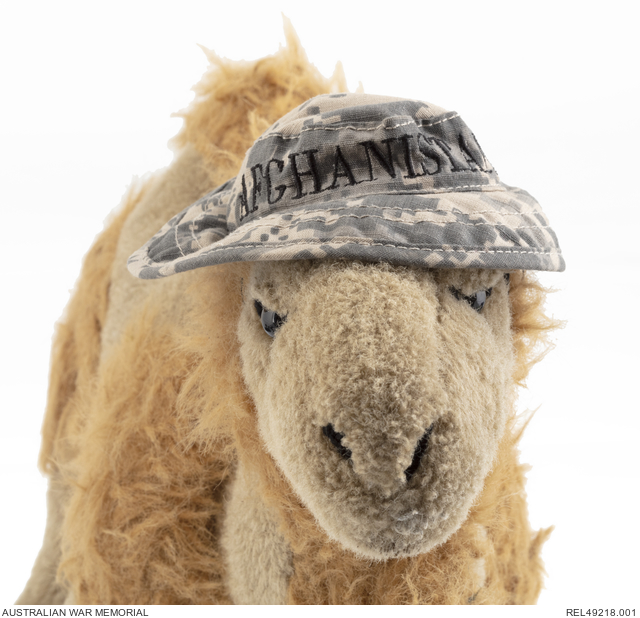 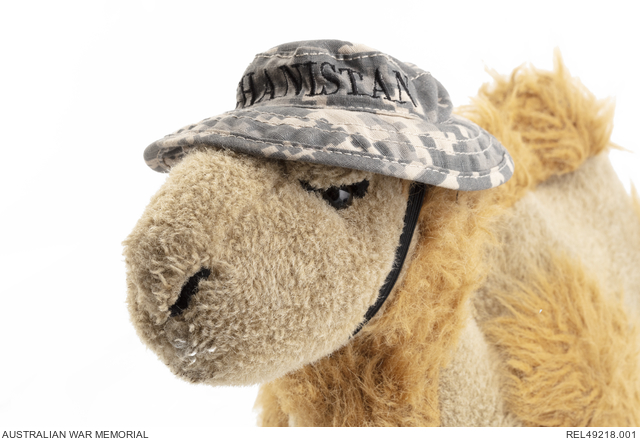 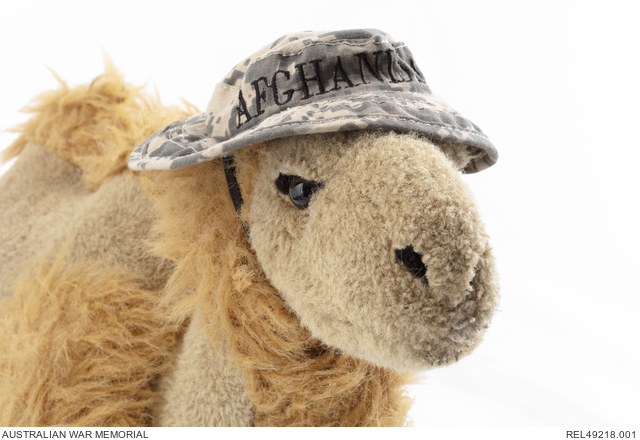 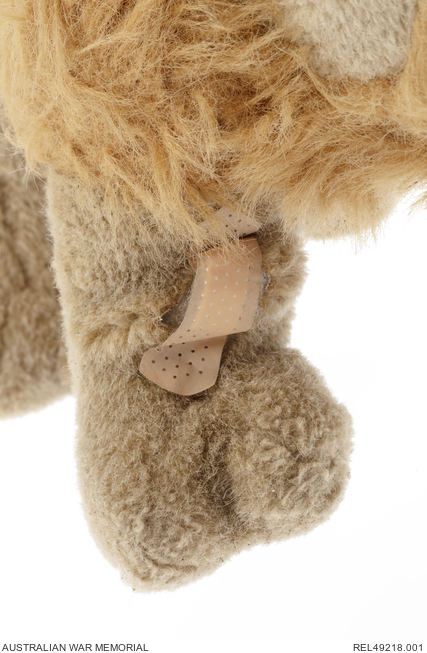 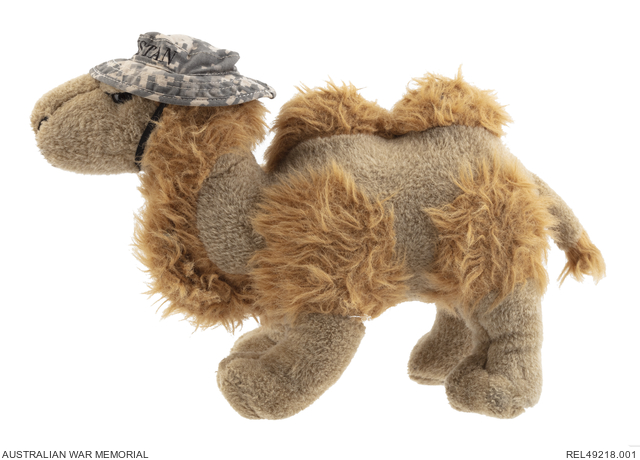 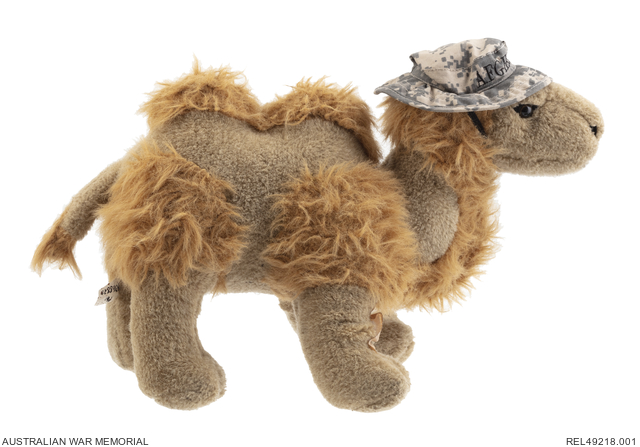 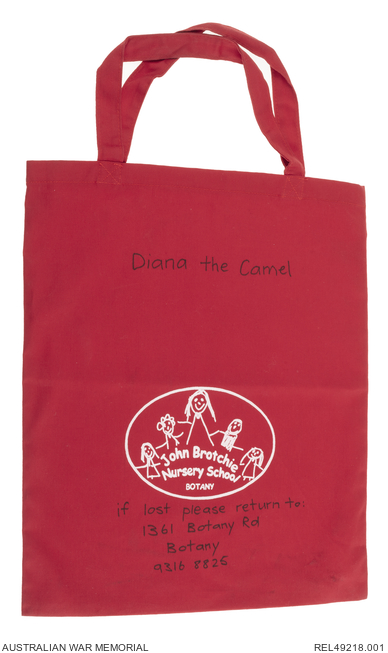 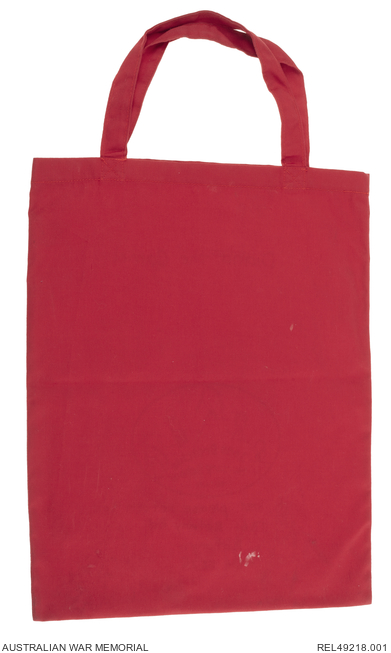 Soft toy Bactrian camel (two humped) wearing a United States Universal Pattern Camouflage (UCP) giggle hat embroidered with 'AFGHANISTAN'. A plastic bandaid is attached over a tear in the camel's right front leg where the stuffing has been exposed.

Lieutenant Ross Shackleton was serving in the Royal Australian Navy when he was deployed to Afghanistan. During his deployment, Shackleton purchased and posted this toy camel to the John Brotchie Nursery School, Botany, New South Wales. His son Alexander attended the preschool, and his wife, Tiffany, was a teacher there at the time. The camel (named ‘Diana’) became the school pet and each child had the opportunity to take Diana home for the weekend and share their experiences with her in a journal which the families collated. When Lieutenant Shackleton returned to Australia he visited the preschool and Diana the camel.

Mrs Shackleton reflected on the experience as ‘a beautiful way to keep myself, our son and all the children connected to Ross while he was away. It also introduced cultural understanding to the preschool as the children became interested in Afghanistan and researched about the country, the children and what their schools were like’. The journal is also held in the Memorial’s collection.