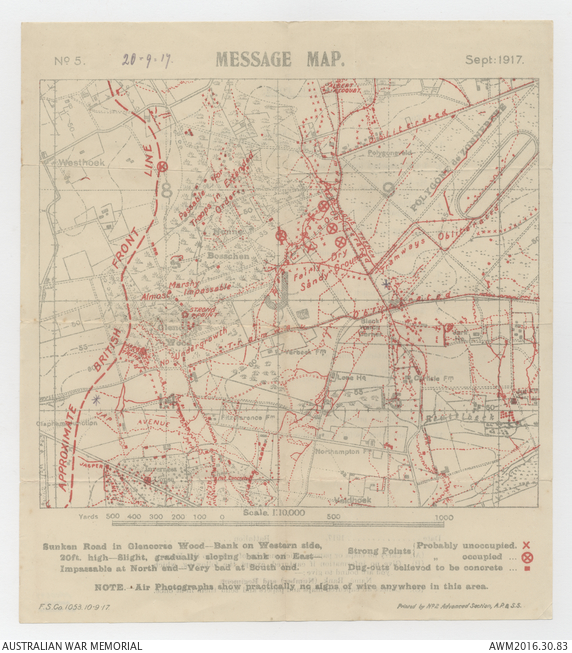 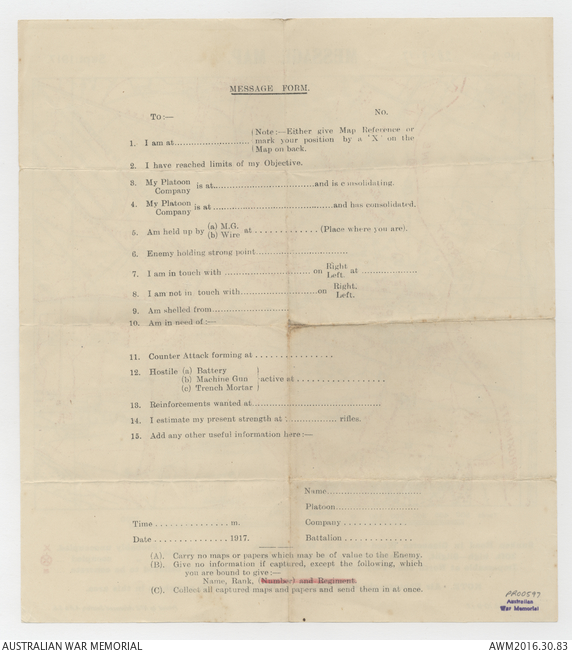 Message map relating to the First World War service of 4272 Sergeant William Edward Peach, 7th Battalion. This trench map, presumably used and annotated by Peach himself, is annotated with the date 20 September 1917, suggesting its use at the Battle of Menin Road. The map depicts the sector of front line held by I Anzac Corps prior to the assault, including features east of Westhoek such as Glencorse and Polygon Woods. German trenches, strong points and dugouts are depicted in red.