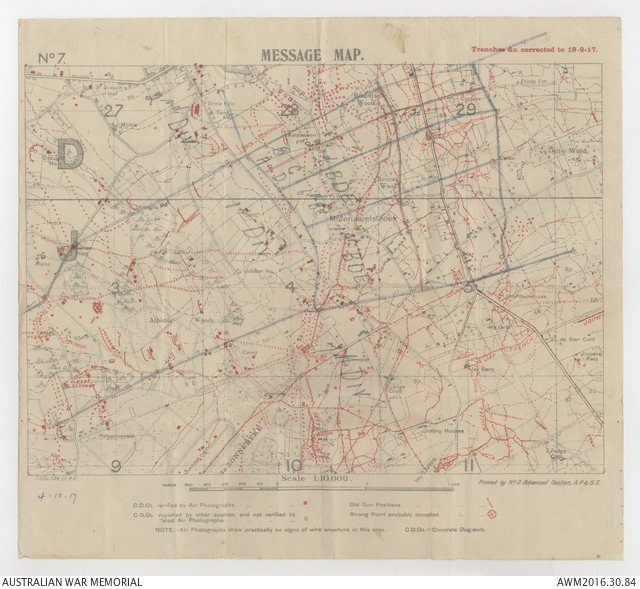 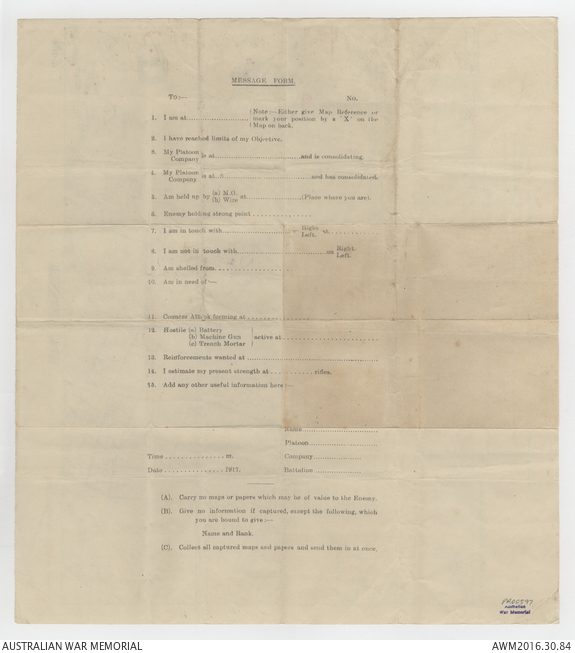 Message map relating to the First World War service of 4272 Sergeant William Edward Peach, 7th Battalion. This trench map, presumably used and annotated by Peach himself, is annotated with the date 4 October 1917, suggesting its use at the Battle of Broodseinde Ridge. The map depicts the sector of front line held by I Anzac Corps prior to the assault, including features south-east of Zonnebeke such as Romulus Wood and Molenaarelsthoek. The sector of the front line occupied by the 1st and 2nd Australian Divisions has been annotated on the map, with particular focus on the attacking companies of the 7th Battalion. The first and final objective lines have also been added. German trenches, strong points and dugouts are depicted in red.