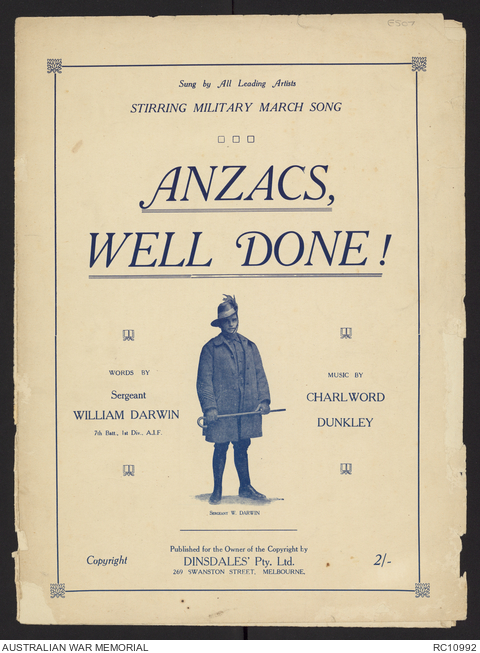 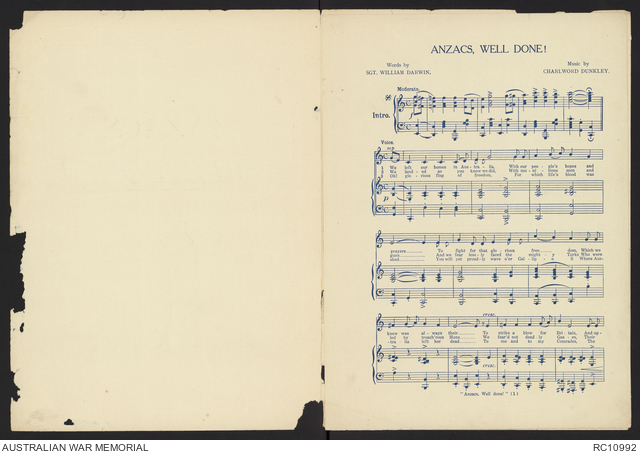 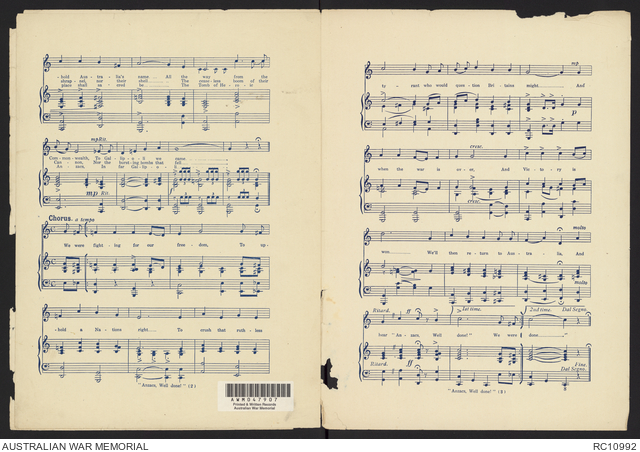 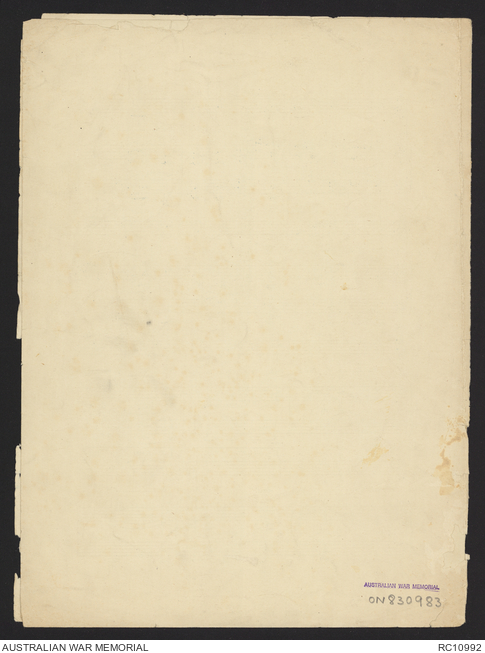 Sheet music for the song 'Anzacs, Well Done!’, with lyrics written by William Darwin and music composed by Charlwood Dunkley. The front cover of this copy shows a photograph of Sergeant William Darwin, and asserts that the 'stirring military march song' was sung by all leading artists. It was published by Dinsdales' Pty. Ltd. about 1917 and sold for 2/-.

The lyrics of the song discuss the departure of the Anzacs and their campaign on the Gallipoli Peninsula. The chorus concludes with how these soldiers will be told upon their return to Australia, 'Anzacs, Well Done!' The composer sent copies of the song to Lieutenant General William Birdwood and Harry Lauder, a popular music hall entertainer of the period.

Before enlisting in the First World War, William Darwin was a member of the Bendigo Highland Pipe Band and the Kangaroo Flat Fire Brigade, and was working as a warder at Bendigo Hospital. Darwin served at Gallipoli with the 7th Battalion and was also a member of the 7th Battalion Band. Darwin was wounded at Gallipoli and admitted to hospital on 18 September 1915 before returning to England in October 1915. He then spent some time at the Queen Alexandra Hospital in Millbank before marching out to No 1 Convalescent Depot on 5 September 1916. During this period he wrote a poem that would become part of the song 'Anzacs, Well Done!' on 24 June 1916 while in Scotland. The poem was subsequently published in The Bendigo Independent on 11 September 1916.

Charlwood Dunkley appears to be a pseudonym for Ambrose Gregory. During the First World War, Gregory also composed the music for the song titled 'Mother, keep on smiling' with lyrics written by L. H. Ross.