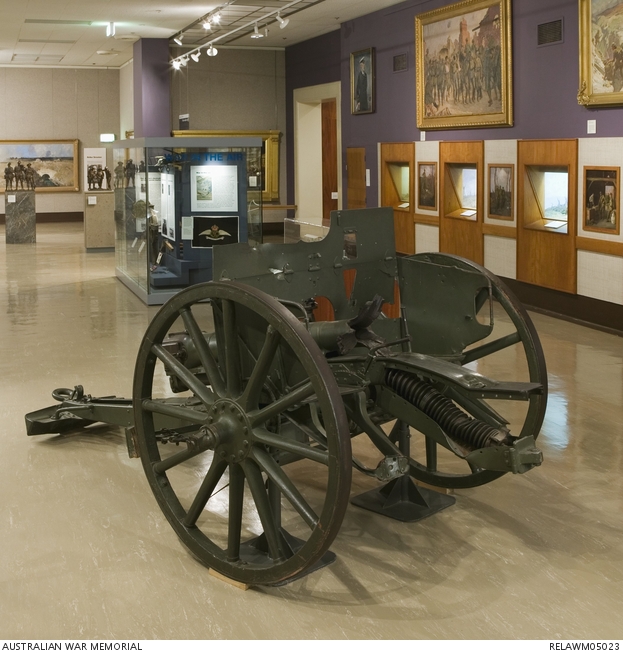 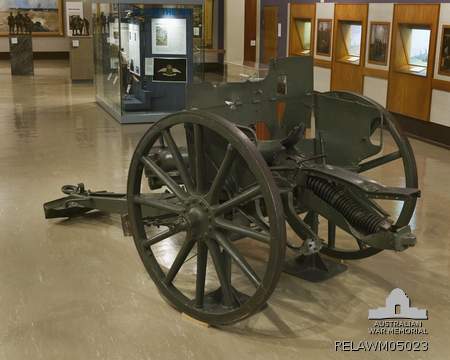 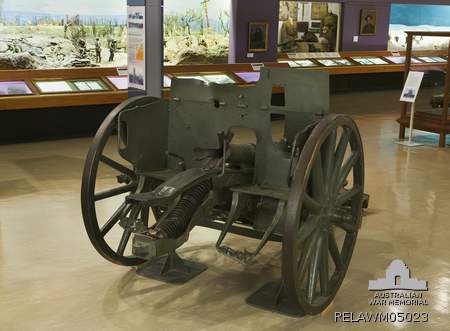 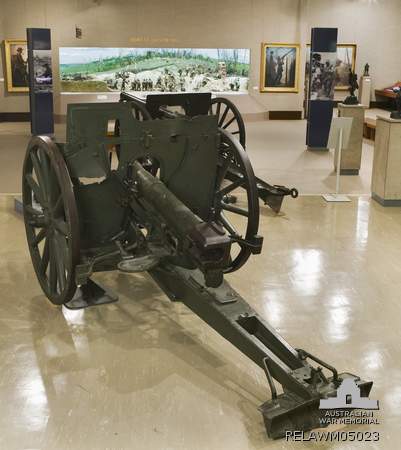 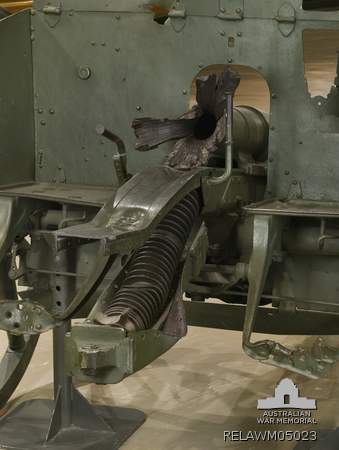 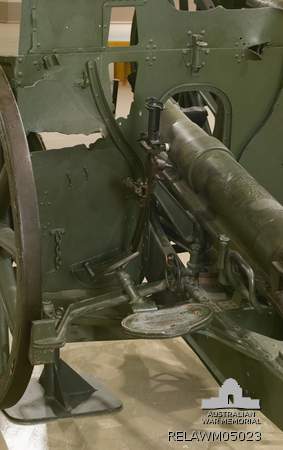 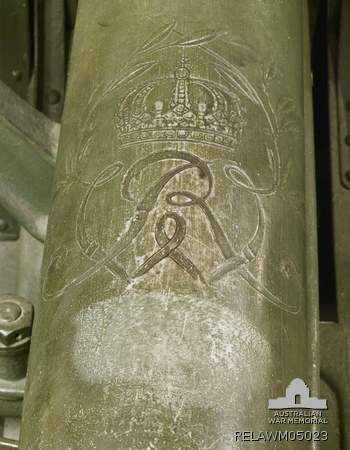 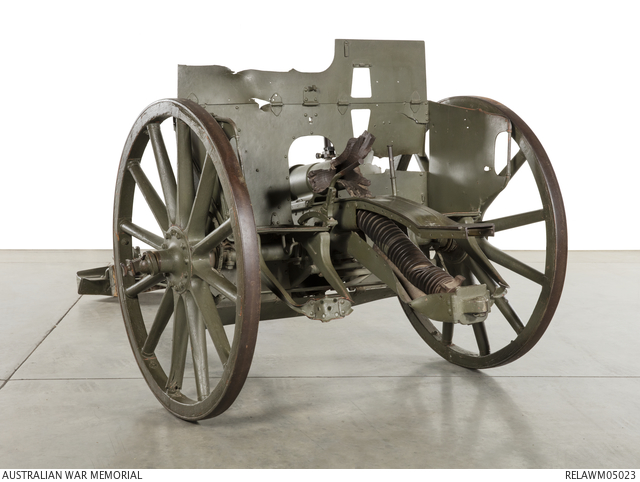 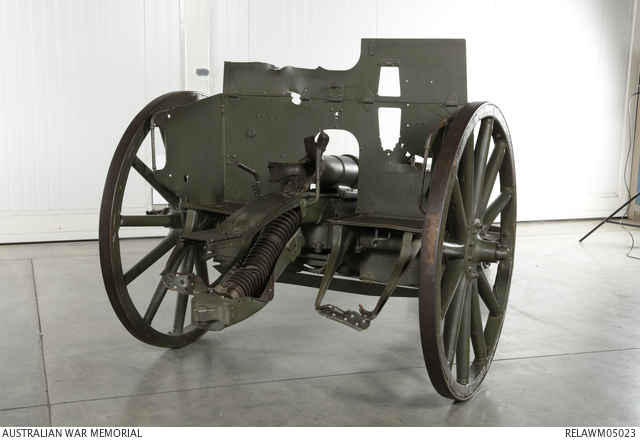 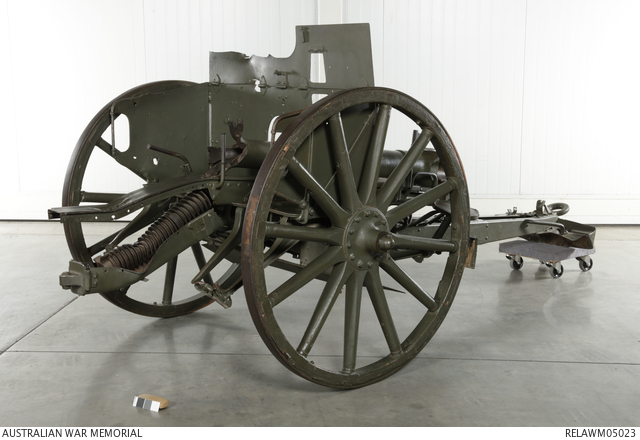 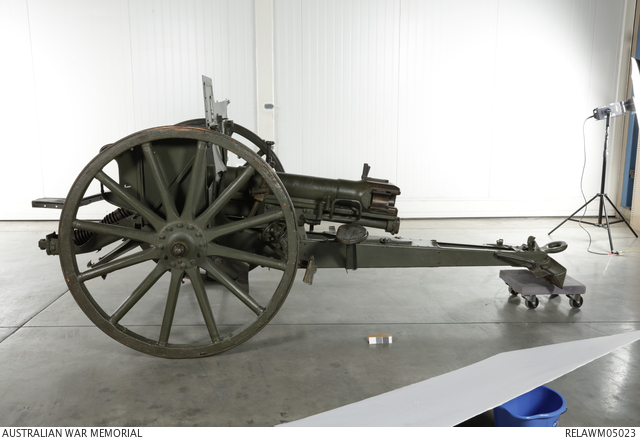 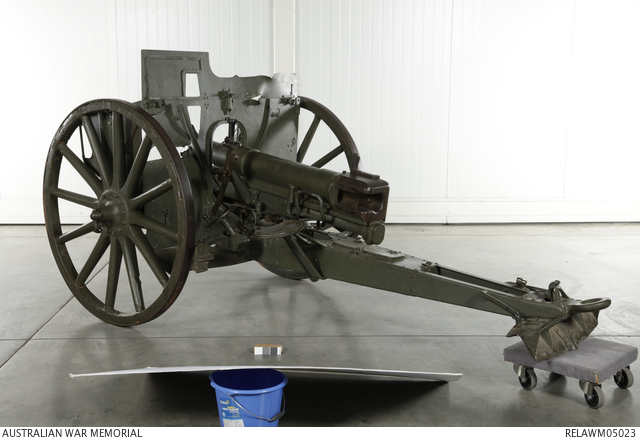 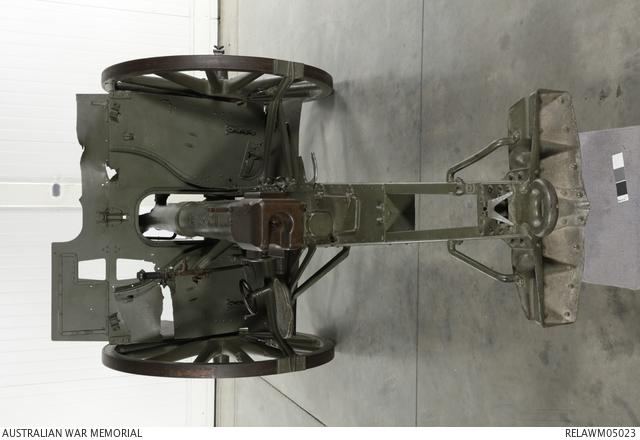 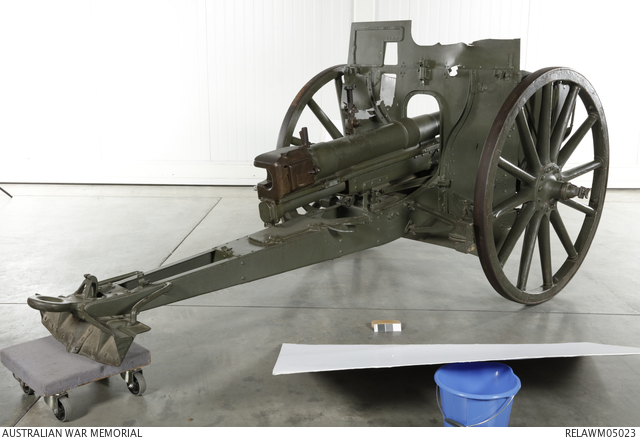 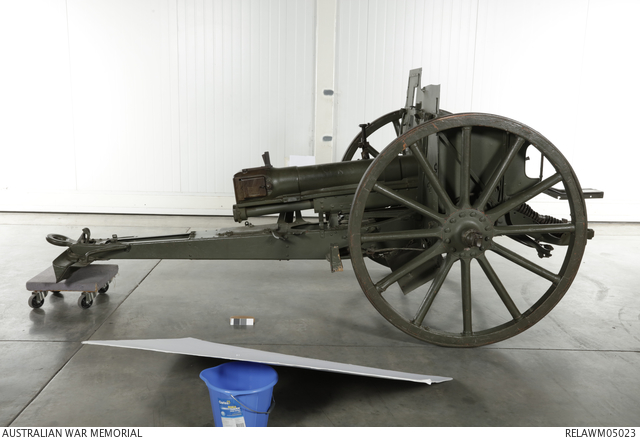 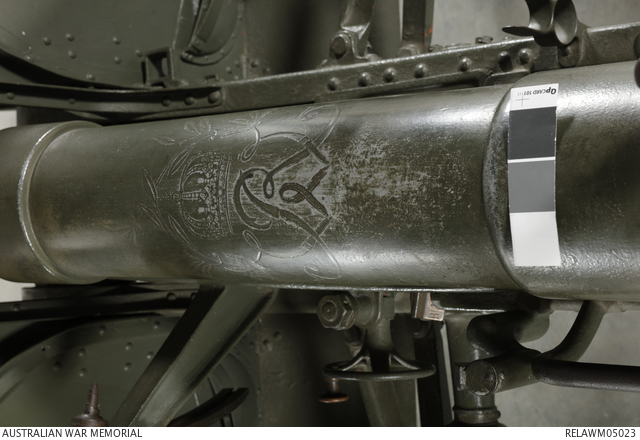 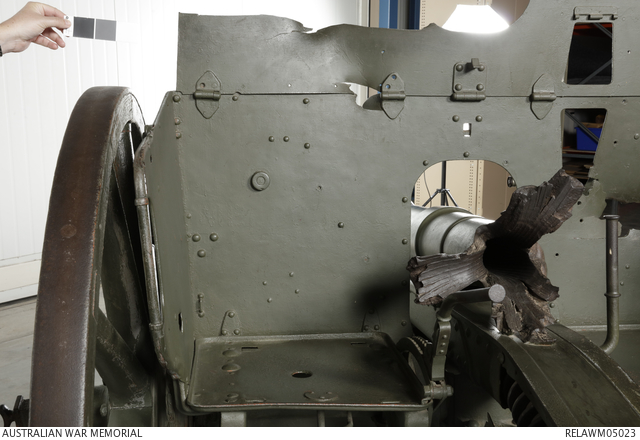 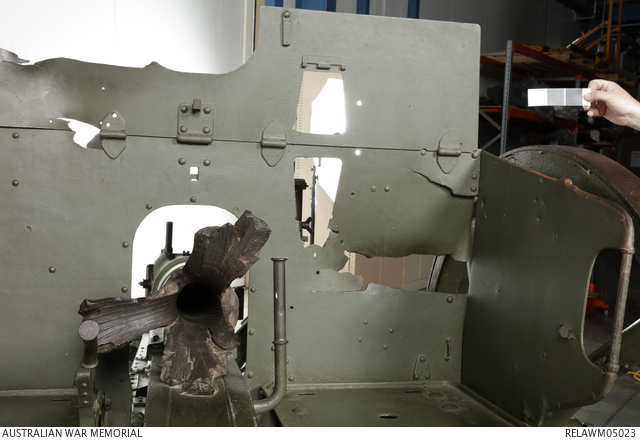 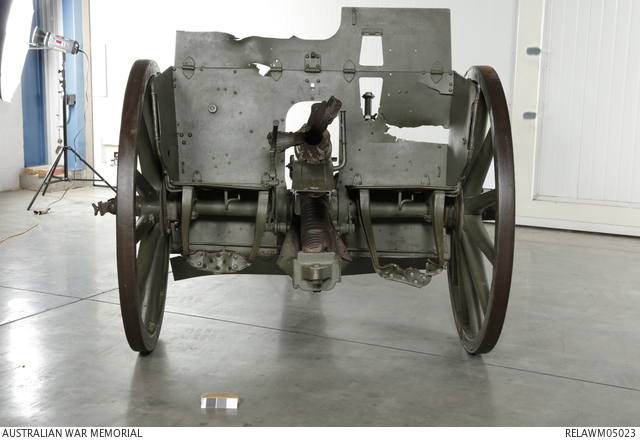 Light field artillery piece, on a steel box carriage, with horizontal sliding breech. The gun has a flat splinter-proof shield. The gun's recoil system is hyro-spring operated, with the mechanism mounted below the barrel. The carriage mounts two wooden wheels. Barrel is entirely destroyed forward of the shield. This may have been due either to faulty ammunition or a demolition charge. The recoil mechanism is splyed downwards, with the recuperating spring exposed. The gun's barrel wears the monogram of Wilhelm 1. The gun has been painted overall (in the late 20th century) in a medium field grey.

A photograph of the gun in Melbourne in the early 1920s (AWM J00291) shows that when captured it wore a polychrome camouflage system, consisting of varying coloured splotches. The exact colour of these cannot be determined. The wheels appear to have not been painted in the photograph.

This type of field gun was one of the principal field artillery weapons of the German army during the First World War. It was comparable to the British 18 pounder and the French ‘75’.

This particular gun was one of thirteen ‘77’s' captured near Bellicourt by the 32nd Battalion AIF during an attack on the Hindenburg Line between 29 September and 1 October 1918. The battalion commander, Major Blair Anderson Wark DSO, was awarded the Victoria Cross for bravery and devotion to duty during these operations. The muzzle of this gun is shattered, either deliberately, to prevent its use by the captors, or by faulty ammunition. It is possible, but not yet proven, that this gun was the same one for which Lt Crain of the same unit was awarded the MC for ‘bringing into action an enemy field gun. About 30 rounds were fired and one hostile tank gun was silenced. Their good work was stopped only by a direct hit on the position.’ AWM 4 23/49/38 folio 21