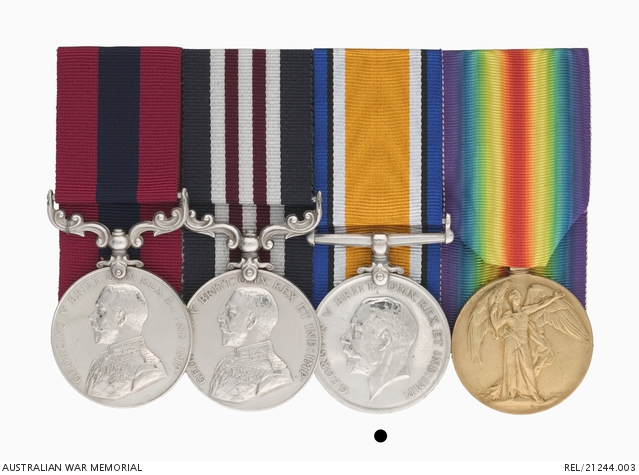 Earl Richardson, a native of St George, Queensland, enlisted in the AIF in November 1915, aged 32. He received the service number 21098, and became a gunner with the 35th Battery of 9 Field Artillery Brigade, sailing from Sydney aboard the transport A8 'Argyllshire' in May 1916. Richardson later transferred to the 45th Battery, part of 12 Field Artillery Brigade, with whom he served for the remainder of the war. By 1918, he had reached the rank of sergeant, and was recommended for the award of the Meritorious Service Medal. Instead, he received the Military Medal for his gallantry during the major German attacks of March-April, and the Allied offensive in August. Later in the same year, he was awarded the Distinguished Conduct Medal for his leadership and courage in resisting a German counter-attack. Earl Richardson returned to Australia in mid-1919, where he married and resumed sheep farming in the St George area.