[Sheet music] Just Try to Picture Me Back Home in Tennessee 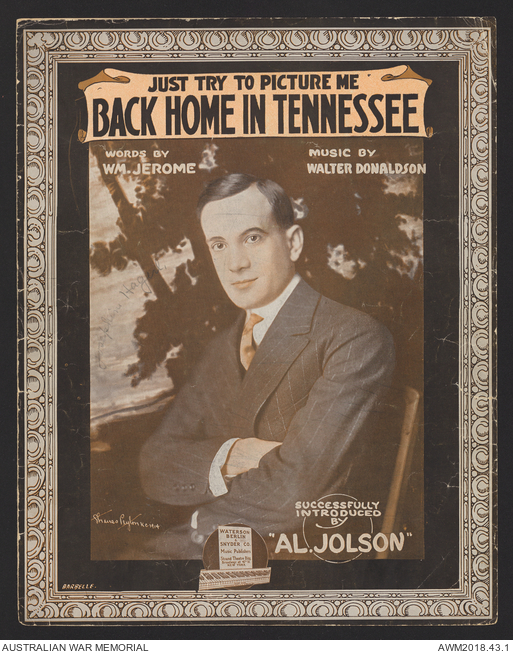 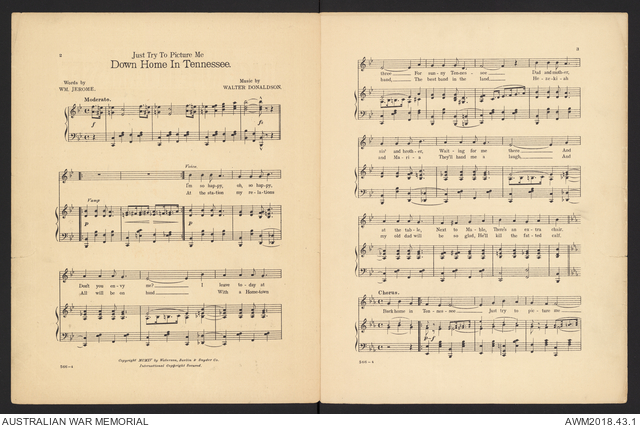 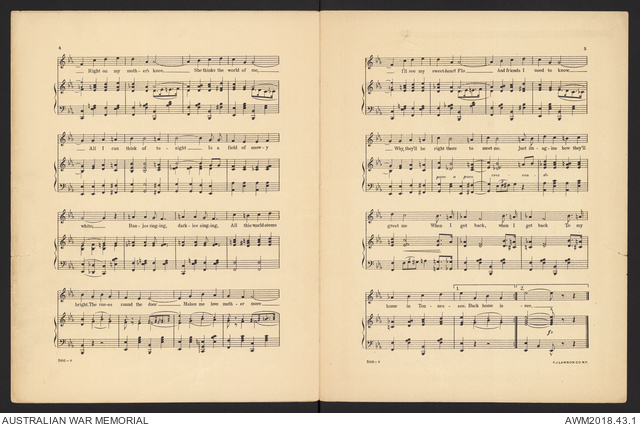 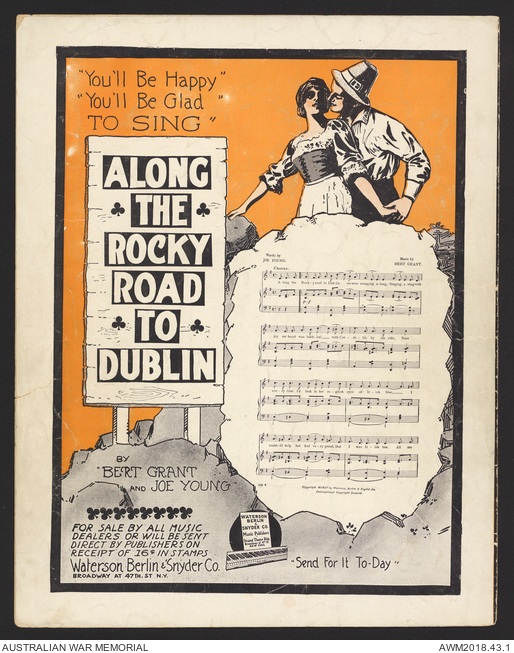 Sheet music for the song titled 'Just Try To Picture Me Back Home In Tennessee', composed by Walter Donaldson with lyrics written by William Jerome. This copy was published by Waterson, Berlin & Snyder Co., New York in 1915. It was made famous by the American singer Al Jonson. The lyrics of this song are written from the perspective of someone who is returning to Tennesee imagining how he will be greeted by friends and family upon his return.

Walter Donaldson was an American composer who wrote more than 600 songs with many songs produced for Broadway and Hollywood movies. During the First World War, he entertained American soldiers at Camp Upton, New York for just over 1 1/2 years before joining the publishing firm of Irving Berlin. His first Broadway hit came in 1918 with 'My Mammy', performed by Al Jonson in the show 'Sinbad'. Donaldson later established his own music publishing company in 1928. Three of his songs featured in the film adaption of the stage show 'Whoopee', released in 1930 - 'Makin' Whoopie', 'Love Me or Leave Me' and 'My Baby Just Cares for Me'. Donaldson composed songs in a variety of styles which have been recorded by pop and jazz singers including Ella Fitzgerald, Louis Armstrong and Frank Sinatra. During the Second World War, he again entertained troops but this time in Southern California. He also opened his home in Santa Monica to soldiers on leave during this period.

William Jerome was an American songwriter born to Irish immigrant parents. In 1891, he composed the song 'He Never Came Back' which went on to become the hit of the musical 'Sinbad'. He collaborated with songwriter Jean Schwartz to create many popular songs during the 1900s and early 1910s with the duo reportedly becoming two of the best recognised songwriters of the first decade of the 1900's. Schwartz and Jerome also formed their own sheet music publishing company and Jerome continued to publish music after they stopped working together. He published George M Cohan's song 'Over There' in 1917 and sold the publishing rights for $25000, which was a record at the time.

Another parody, titled 'The Kaiser's Surprise', was sent by Private S J Schoupp, in a letter to his brother from Salisbury Plain and had been written by one of the Australians in camp. This parody was published in the Tingha Advocate and North-Western Journal, 5 January 1917. The most popular parody written to this song, refers to the original song as 'Tennessee', and has the title 'Down in the old front line'. The lyrics for this parody appeared after the First World War in souvenir songbooks such as the '4th and 56th Battalions Reunion' songbook and 'Souvenirs of popular songs sung during the war', compiled by the Australian Flying Corps. The lyrics of both the original song and the parody also featured in the compilation titled "An album of digger songs: 'songs the diggers sang'", that was first published about 1915. A copy of this parody also featured in a leaflet titled 'Smoko Songs' that was published by the Returned Soldiers & Sailor's League (NSW Branch) after the end of the First World War.

The original song was also performed by Australian soldiers. One occurence of this can be found on a concert program for a concert held at the Field Bakeries Sergeants' Mess in North Rouen, France during Christmas 1916. The song was performed by Staff Sergeant Burles during this concert.