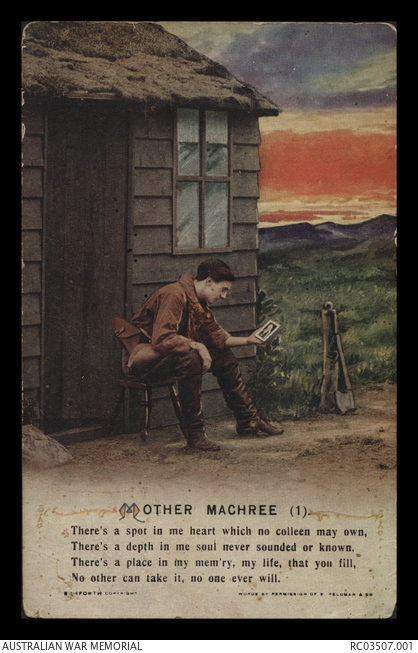 Postcard titled Mother Machree (1), from the postcard collection of Harry Rose, who served with B Company, 62 Battalion, 6 Division during the First World War.

Front depicts a soldier looking at a photograph of his mother. Printed below the illustration is the chorus of the 1910 song, Mother Machree. A hand-written message is featured on the reverse.