Letter from Arthur Seaforth Blackburn to his Brother Charlie 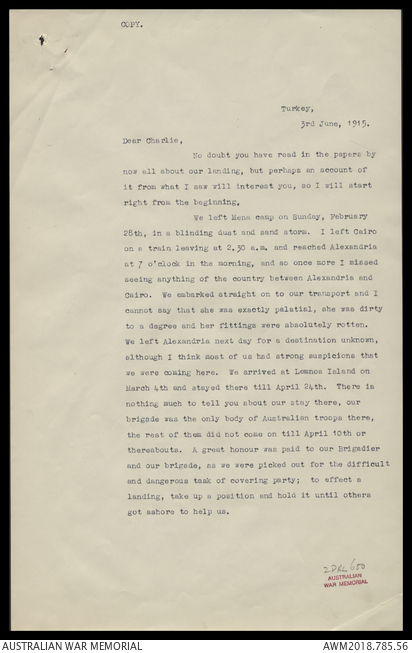 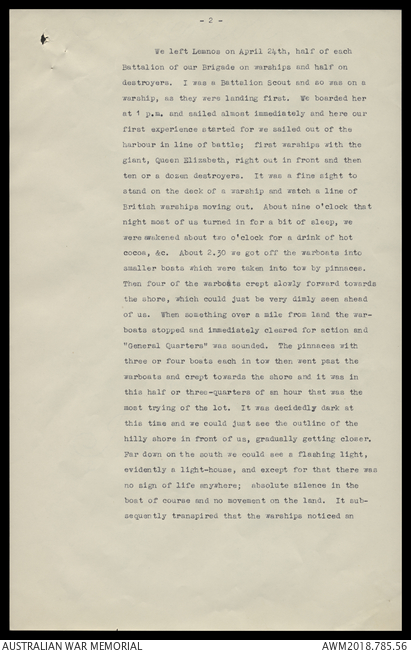 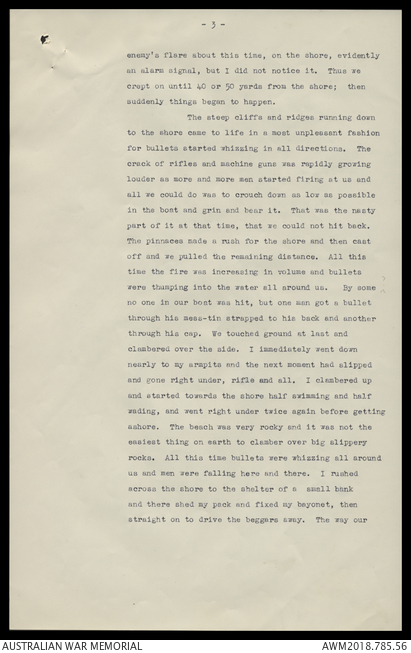 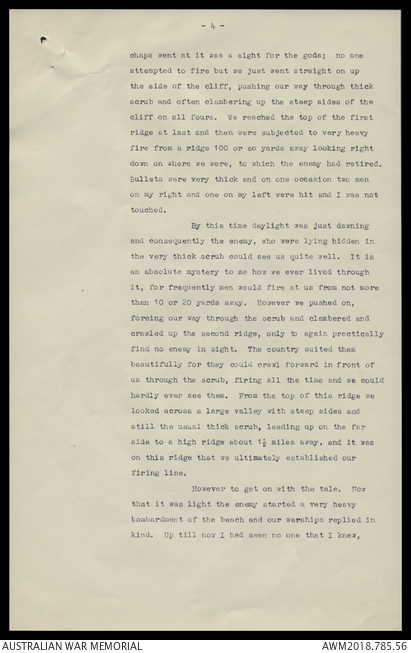 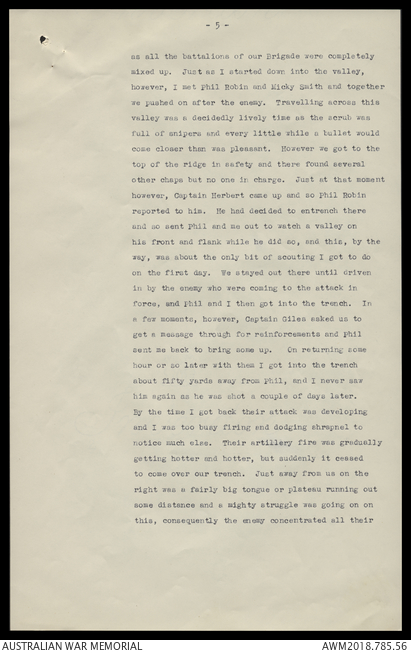 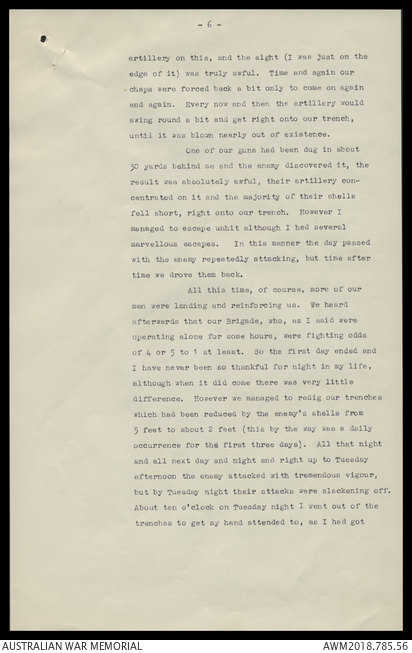 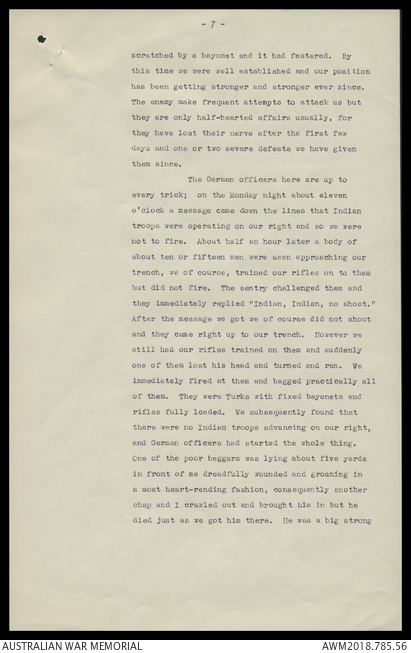 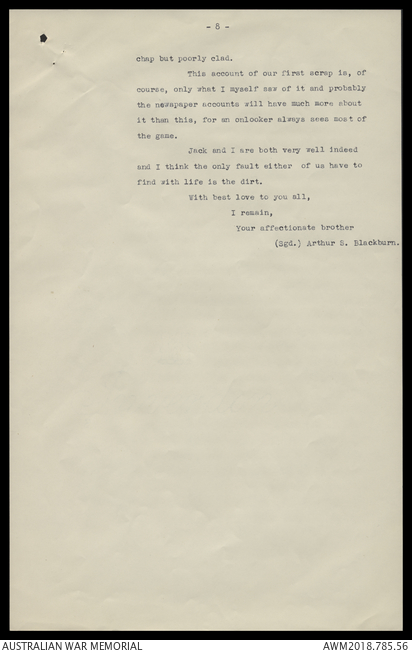 Copy of letter relating to the First World War service of 31 Arthur Seaforth Blackburn, 10th Australian Infantry Battalion. This letter, written on the 3 June 1915 from Blackburn to his brother Charlie, tells an account of the landing at Gallipoli on 25 April 1915 from his perspective as part of the first landing party. His account of the first days on the Peninsula includes details of the warships, landscape, trenches, artillery fire, and his fellow soldiers. Blackburn also relates an event in which a group of Turkish troops pretended to be Indian troops in an attempt to enter Australian trenches. Location of original letter is unknown.