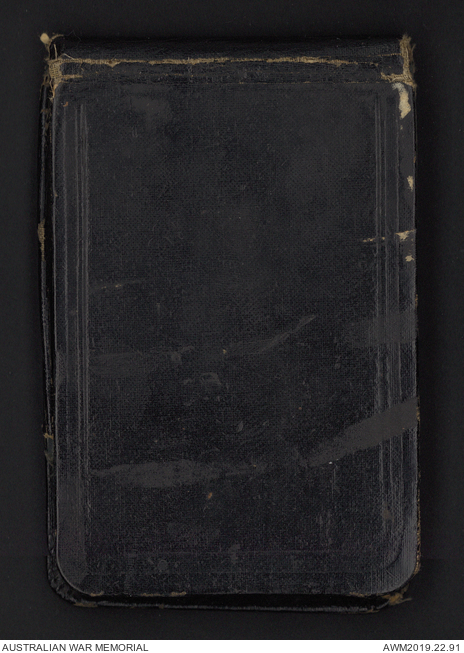 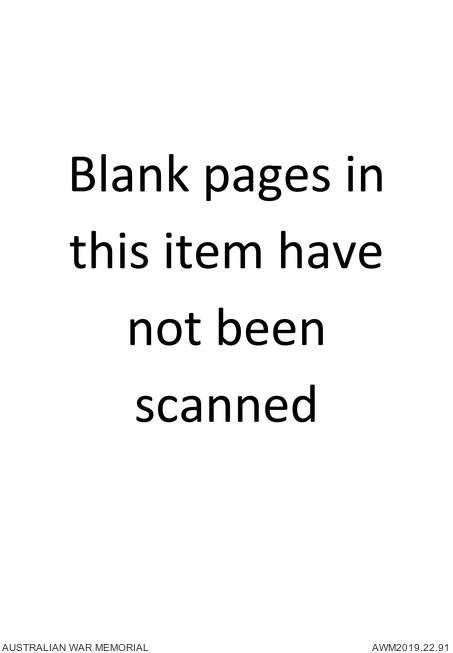 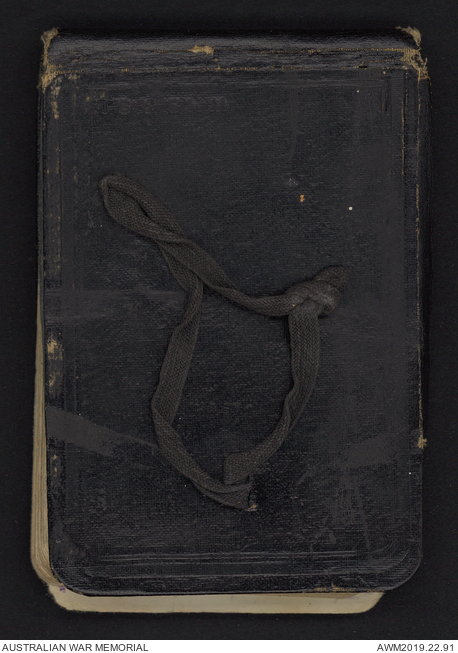 In this diary Carroll documents his active service with the 23rd Infantry Battalion encompassing his embarkation from Melbourne in May 1915 through to his repatriation home in February 1917. The first half of the diary largely covers his voyage to the Middle East, training in Egypt, service at Gallipoli, evacuation to Lemnos and return to Egypt in January 1916. After proceeding to France in March 1916 he outlines service on the Western Front including a detailed account of suffering gunshot and shelling wounds in late July 1916, the latter resulting in injuries that left him temporarily blind. Following his evacuation to England in early August 1916, he documents his medical treatment and convalescence at several hospitals, a period of leave, and a subsequent stint at Montevideo Camp near Weymouth prior to his repatriation home. Closing diary entries cover his embarkation from Plymouth and conclude whilst in port at Sierra Leone in late February 1917.

The back of the diary contains several pages that feature stencilled and/or drawn images of women, in addition to names and addresses.