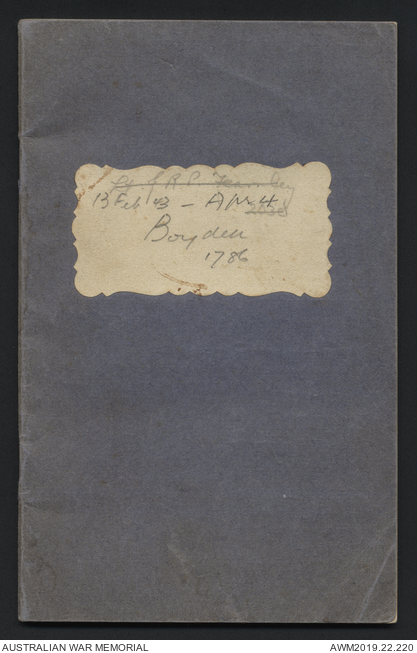 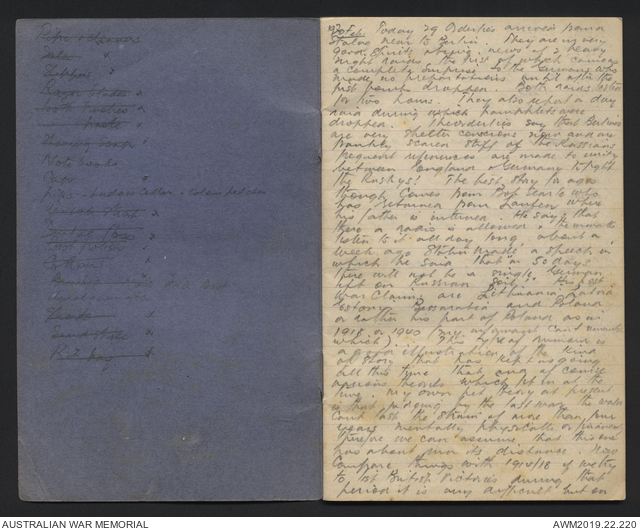 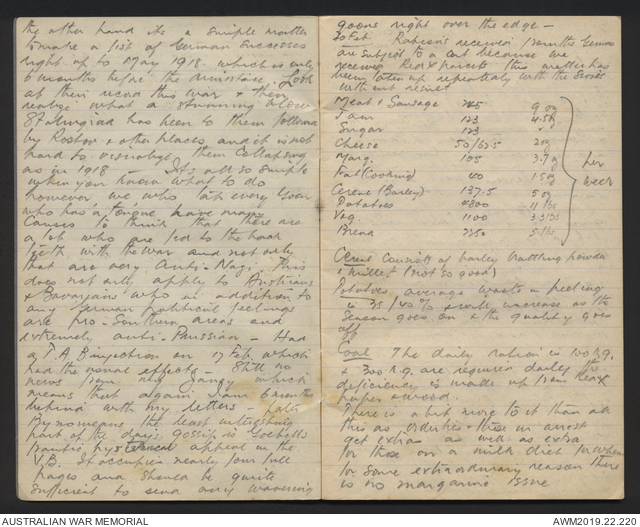 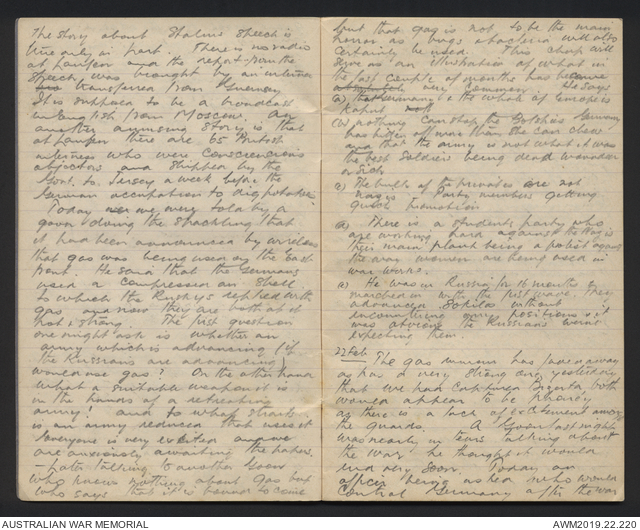 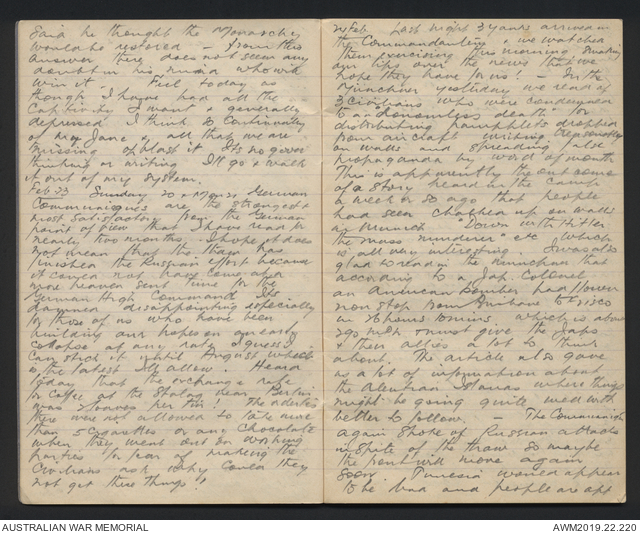 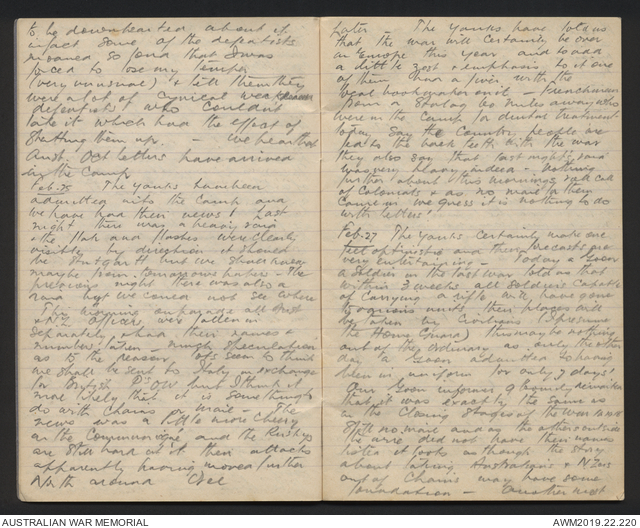 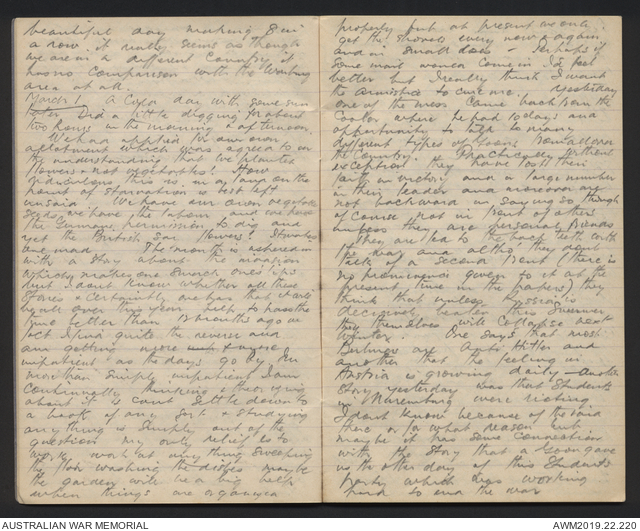 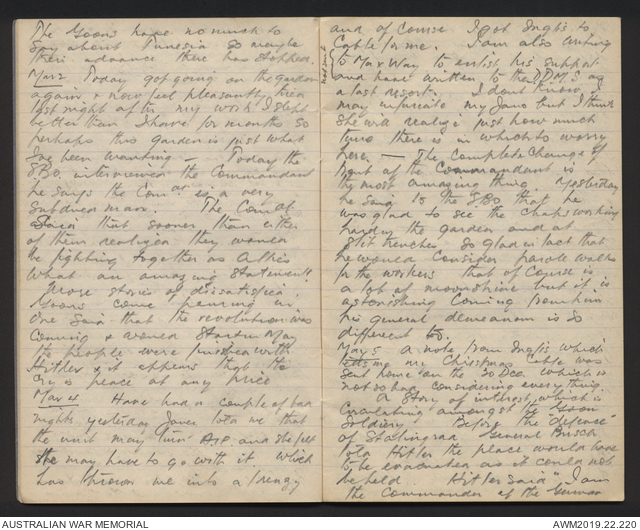 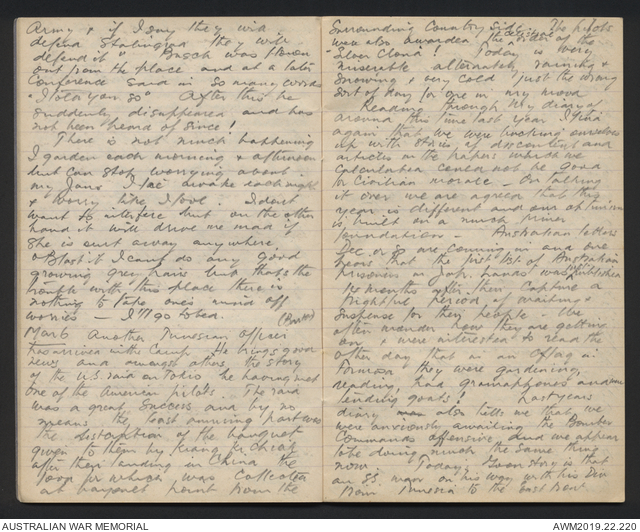 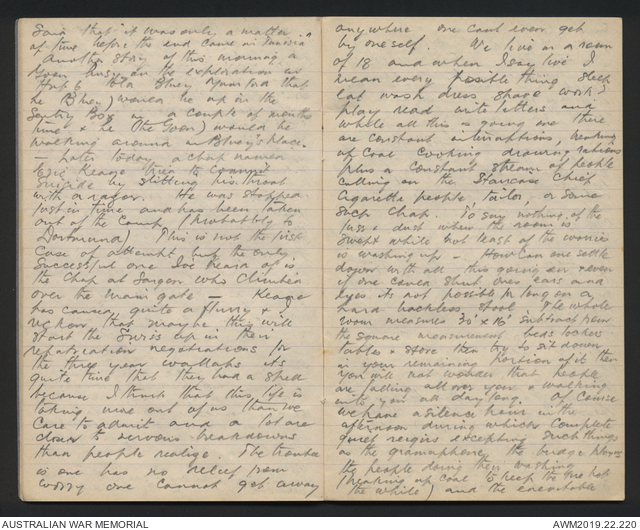 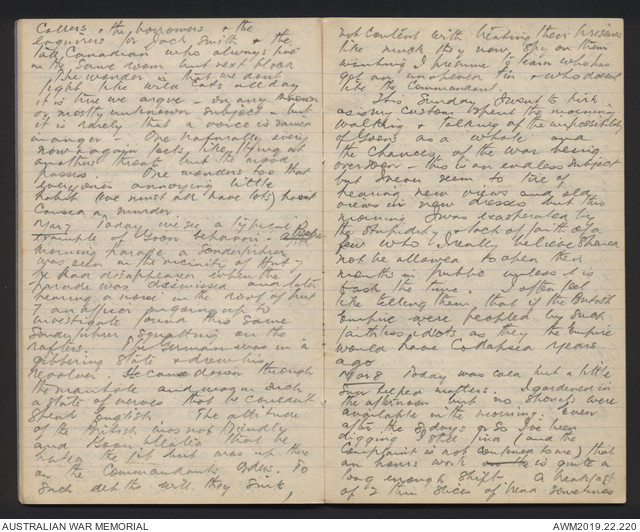 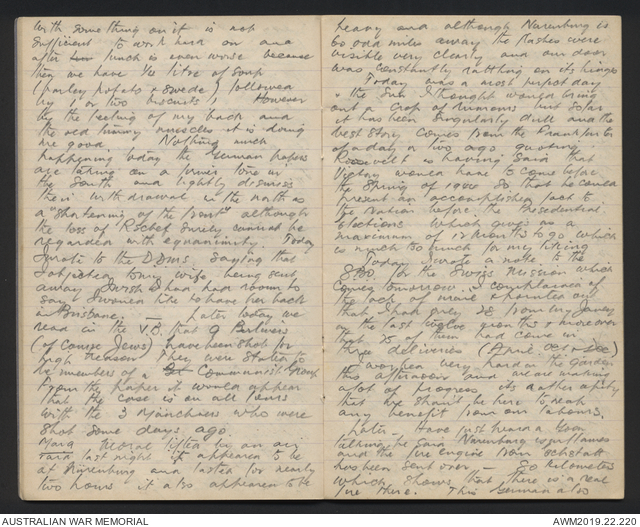 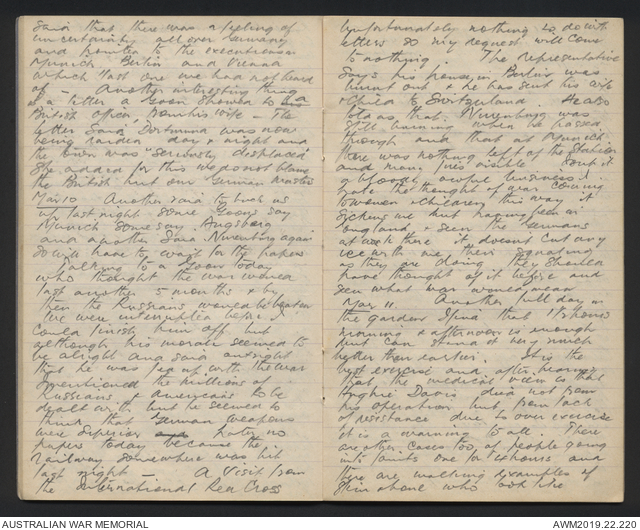 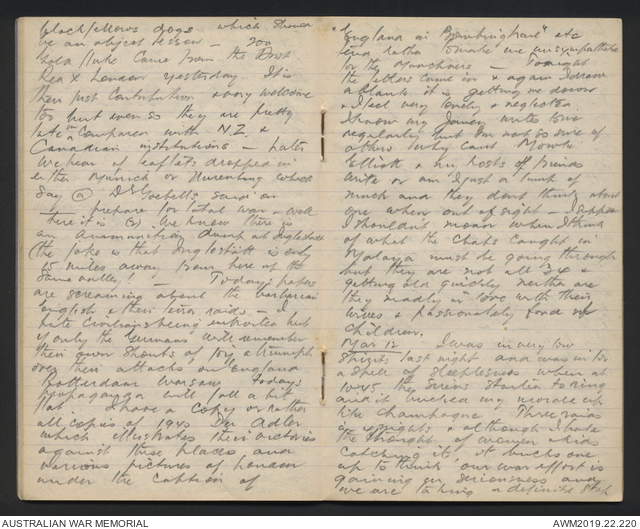 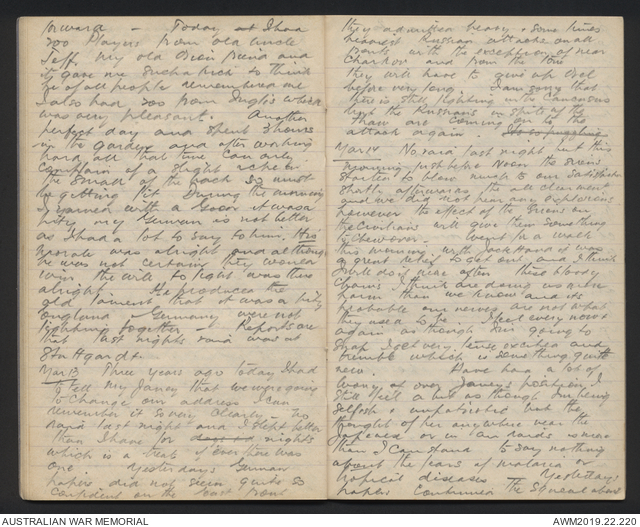 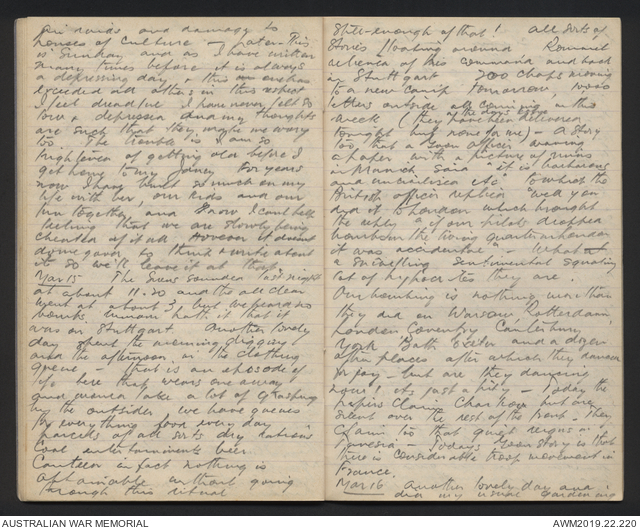 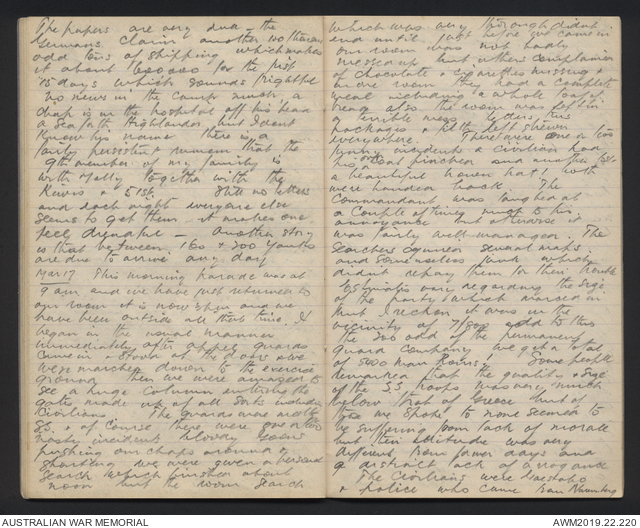 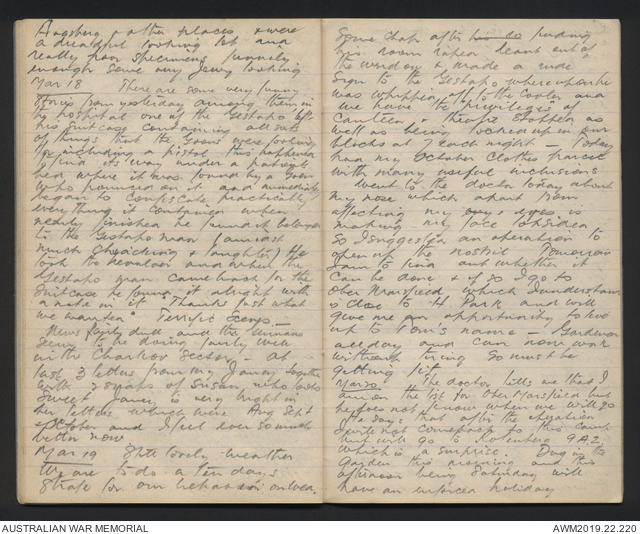 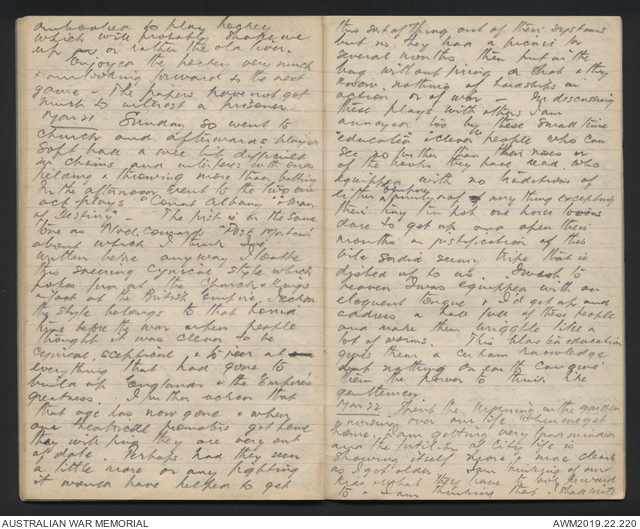 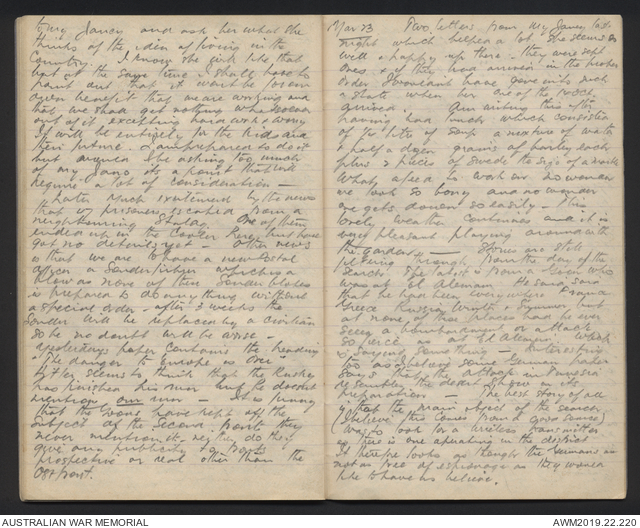 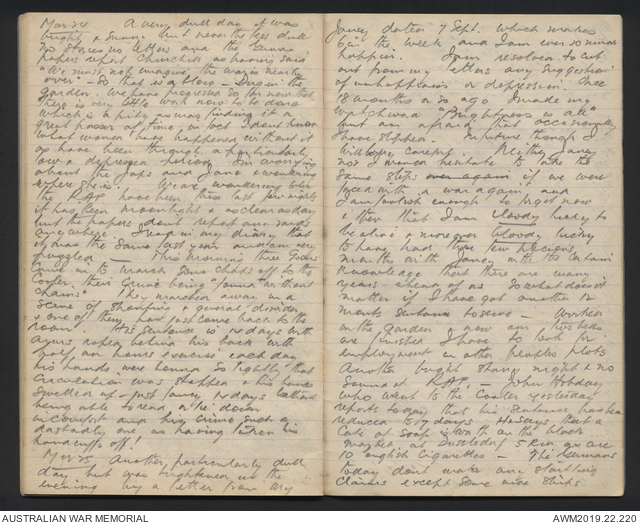 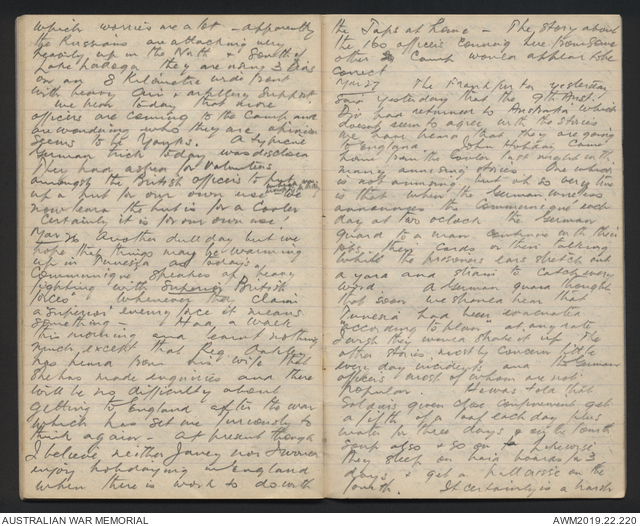 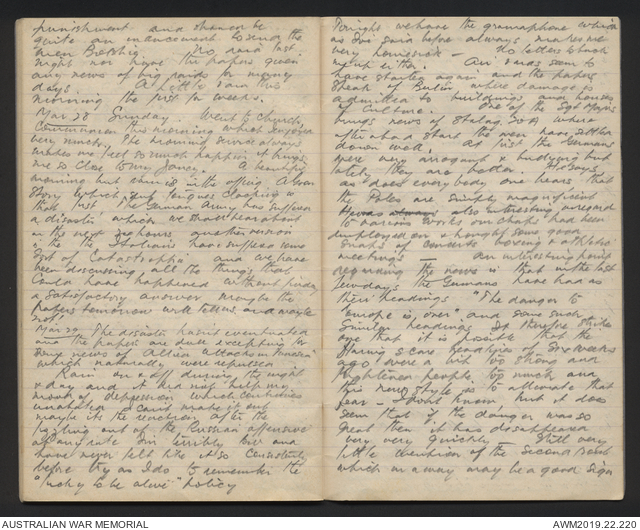 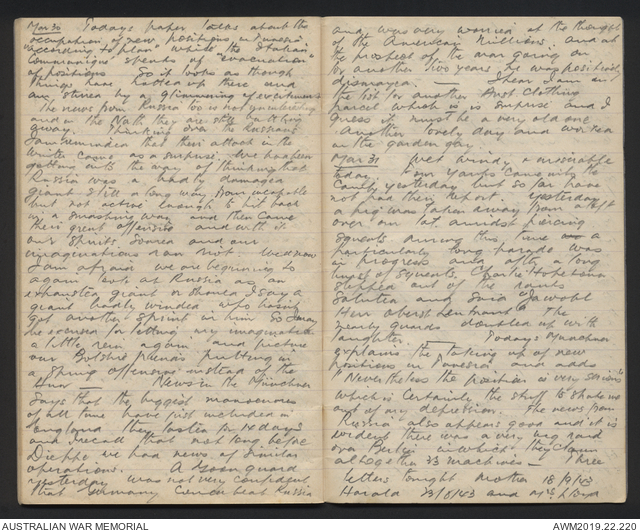 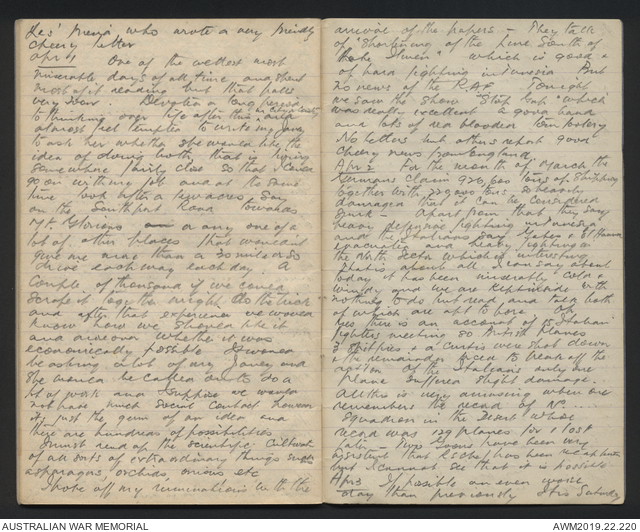 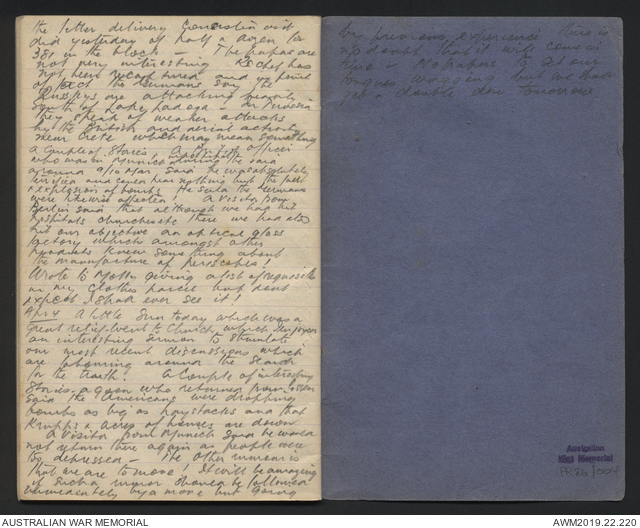 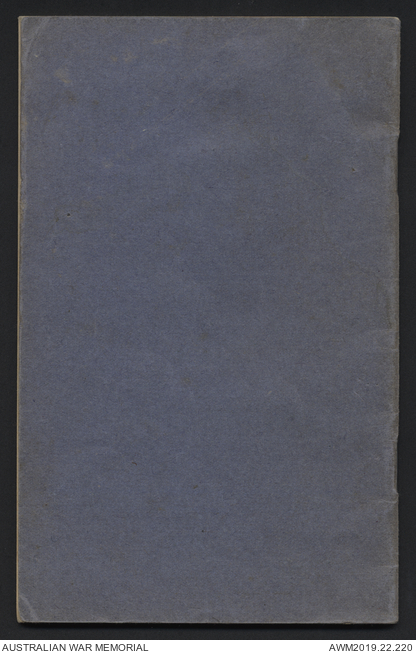 The second of four diaries kept by Boydell during the period 13 February - 4 April 1943. In this diary Boydell documents everyday life as a prisoner of war at Oflag VII-B in Eichstätt. Common subjects covered include the weather, treatment of the prisoners, letters sent to and received from Australia, rations, activities such as gardening and sports, rumours amongst the men and air raids in surrounding areas.