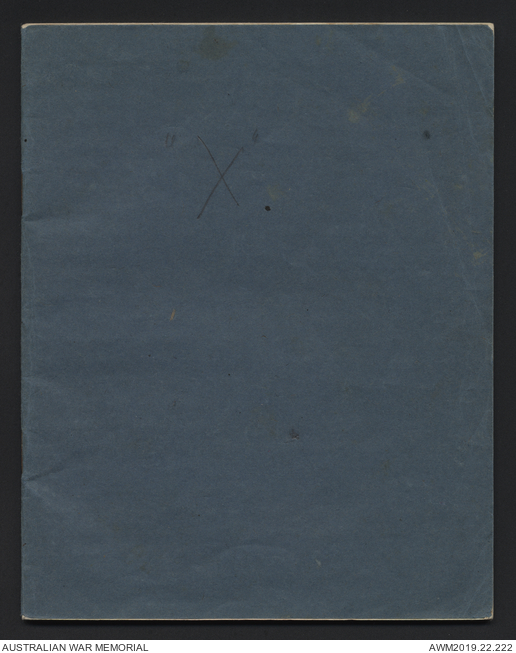 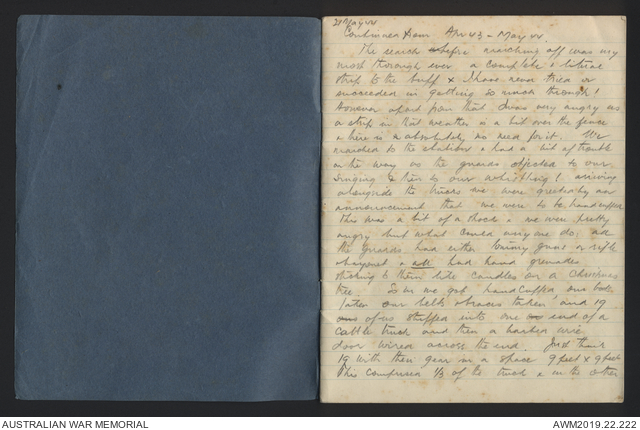 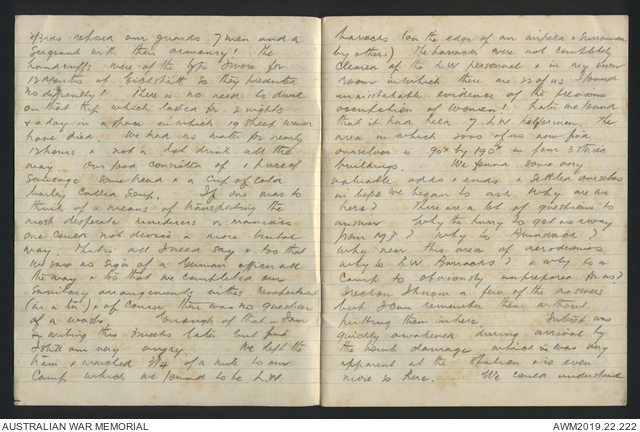 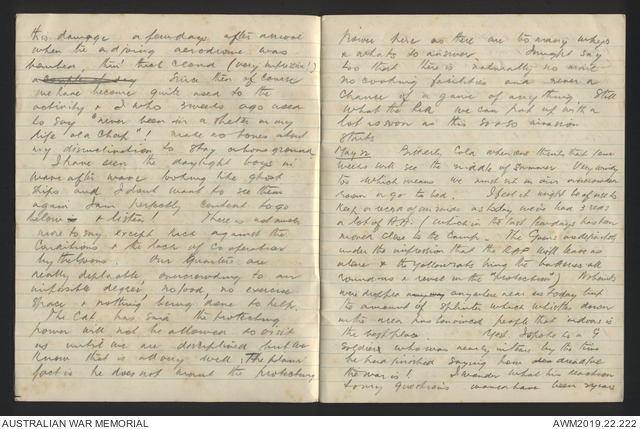 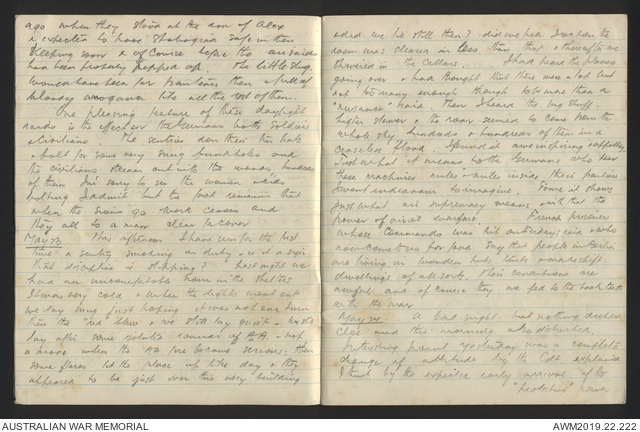 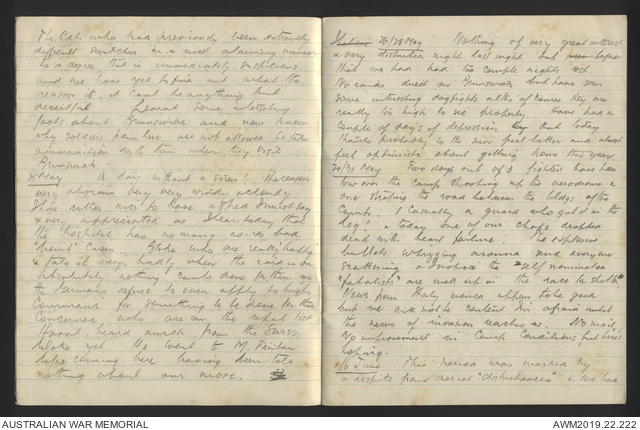 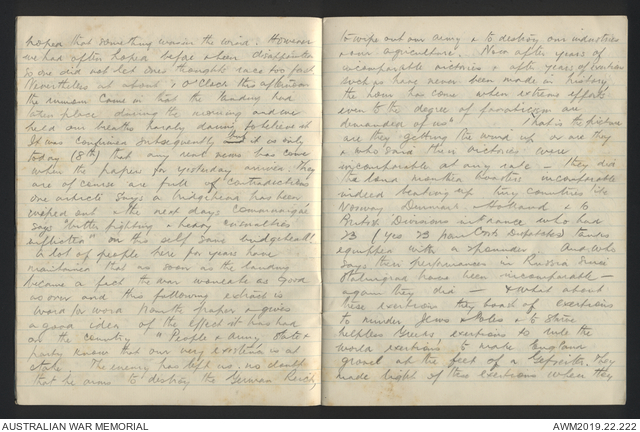 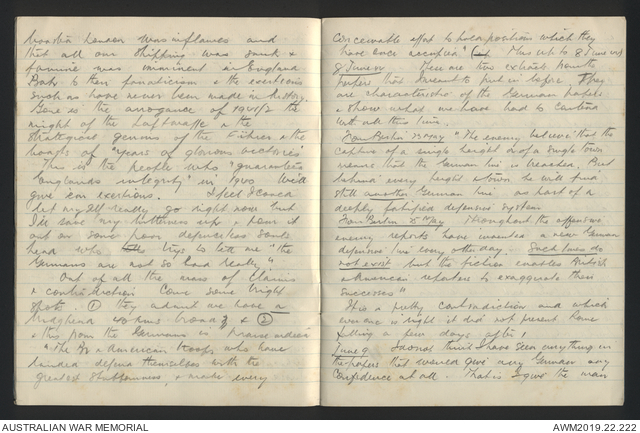 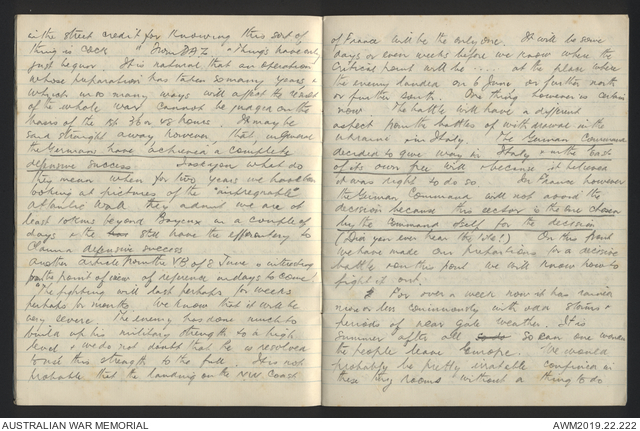 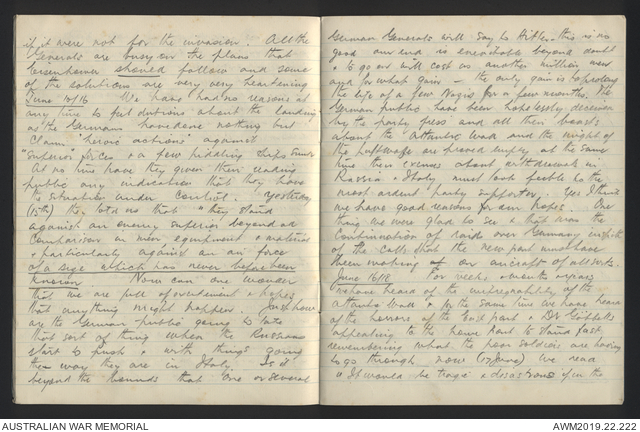 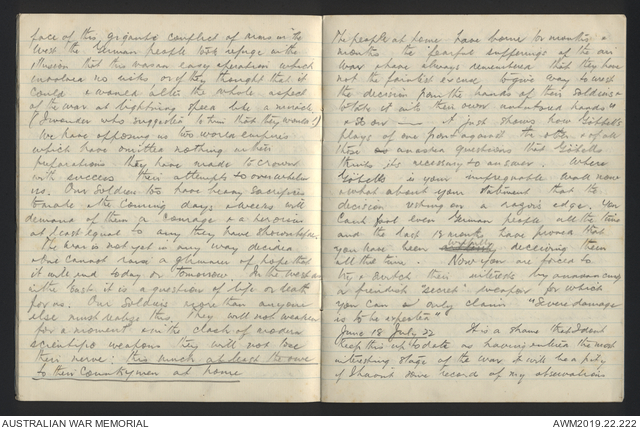 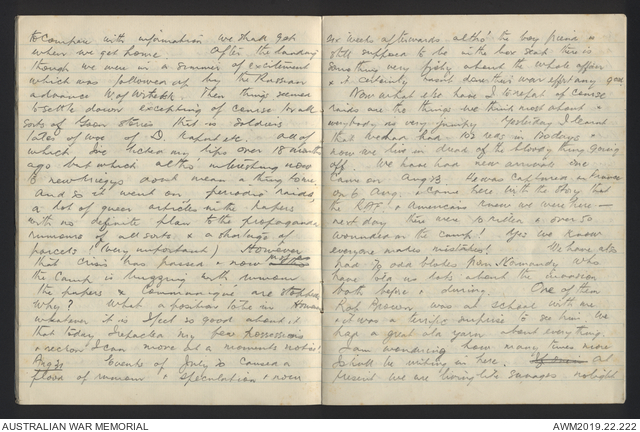 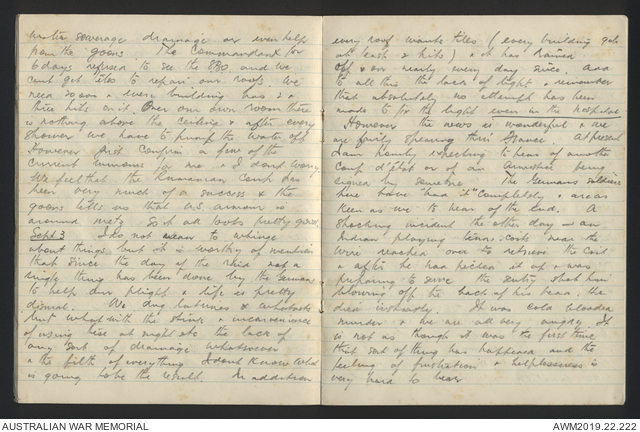 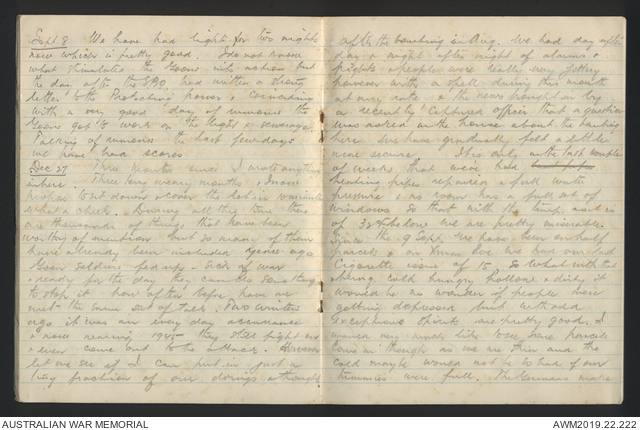 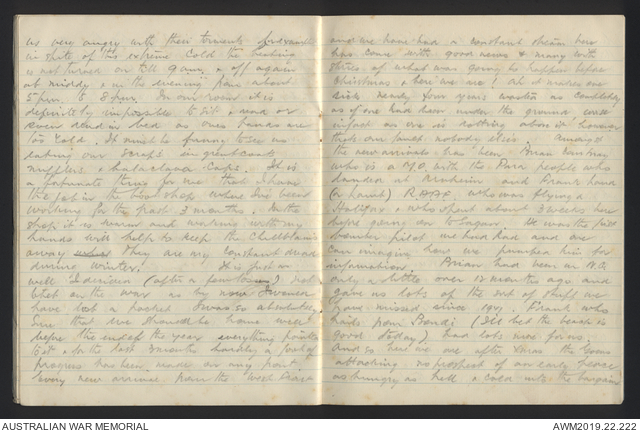 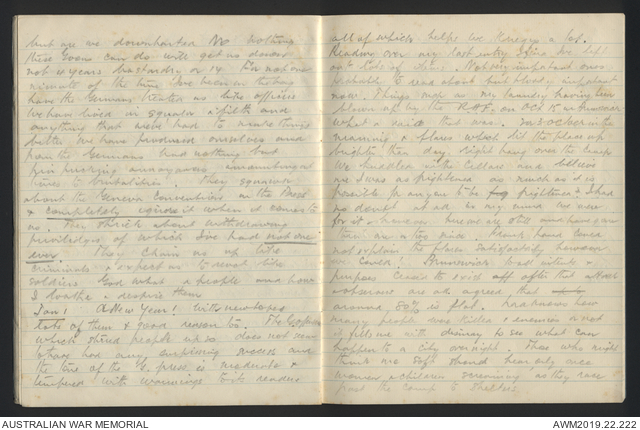 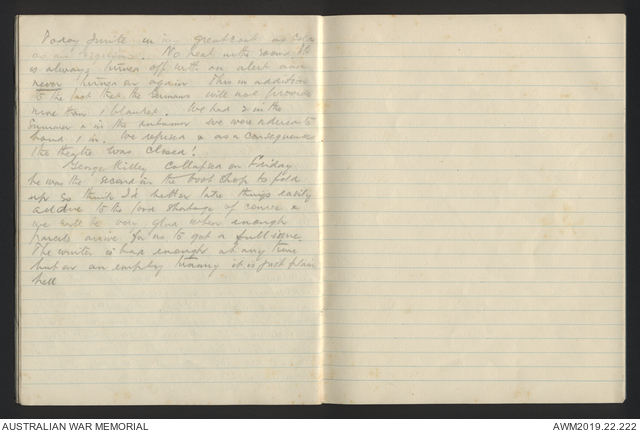 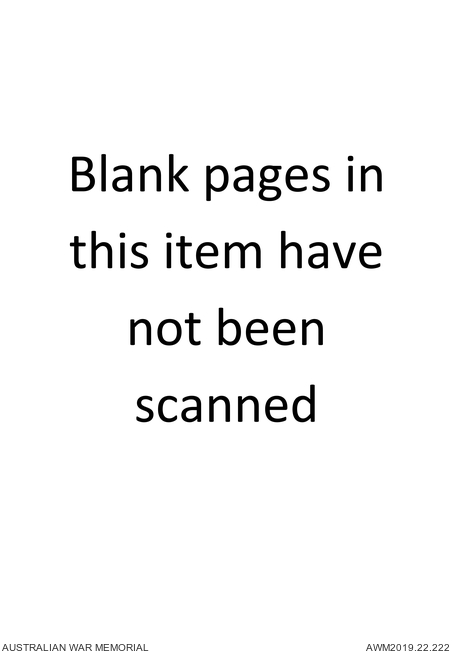 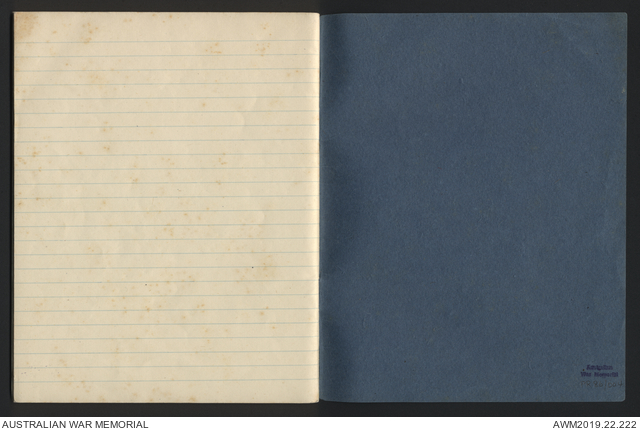 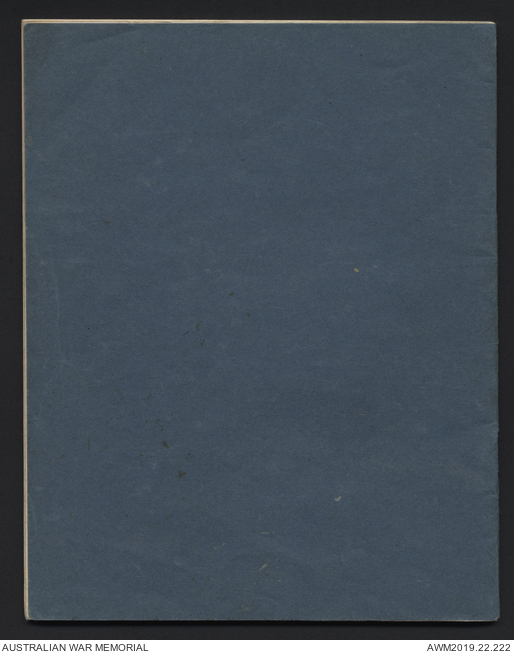 The fourth and final diary kept by Boydell during the period 21 May 1944 - 1 January 1945. Boydell continues to document everyday life as a prisoner of war at Oflag VIII-F in Mährisch-Trübau and another unnamed camp, albeit less frequently than previous diaries with several gaps between entries. He opens the diary by recalling his transfer from Oflag VIII-F to an unnamed camp completed under trying circumstances. He goes on to cover subjects such as the weather, conditions in camp, treatment of prisoners, rations, rumours circulating amongst the men and the progress of the war. He also makes note of events such as air raids carried out in surrounding areas and shares his observations on the changing behaviour of prison guards.