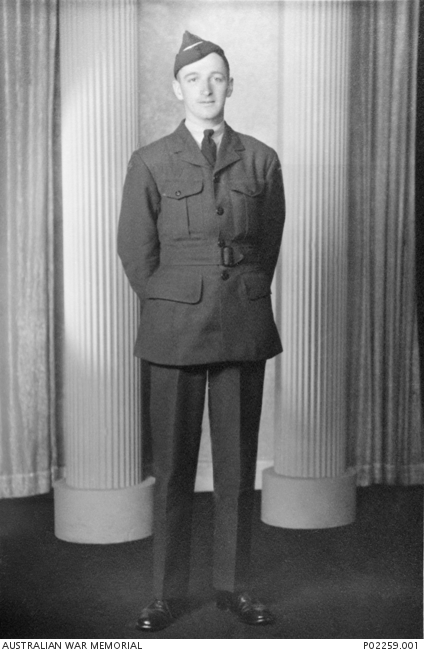 Studio portrait of Aircraftman Thomas Vyner McCarthy RAAF. McCarthy was later commissioned and as a Flying Officer received the DFC and Bar for service with the RAF Pathfinder Force (PFF). A veteran of forty-five missions including thirteen to Berlin, he was selected to be a member of the crew of G for George, a No. 460 Squadron RAAF Lancaster bomber, that was flown to Australia in 1944 for a Victory Loan tour. The aircraft is in the Australian War Memorial's collection.(Donors S. Ridley, E. Brown)