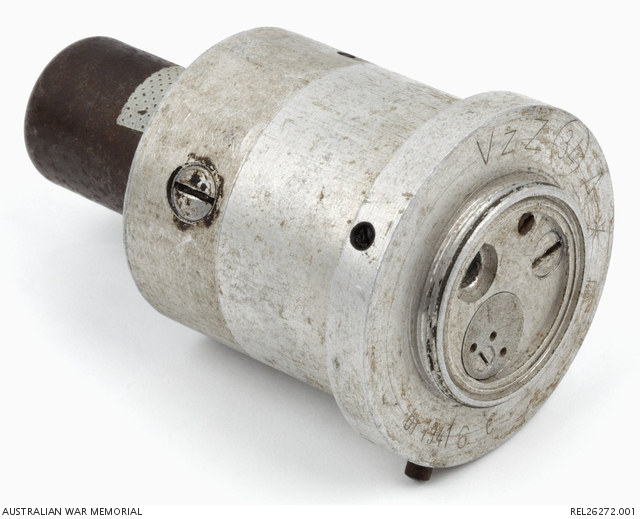 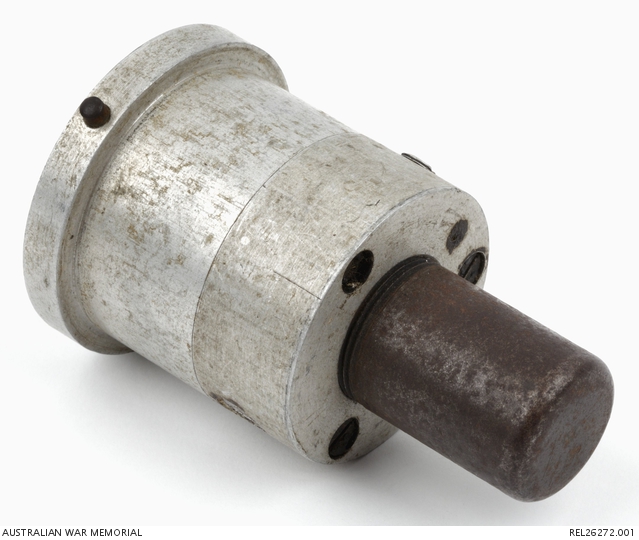 Aerial mine fuze VzZ 34 A made from aluminium and steel. The fuze is cylindrical in shape. The fuze is not painted and is in natural aluminium finish. Markings - VzZ 34 A*, b1 1941 6 c.

Mine disposal relics collected by the late Lieutenant Commander George Gosse who was awarded the George Cross for outstanding gallantry and devotion to duty in rendering mines safe during the Second World War. The George Cross was awarded in particularly for the deactivation of three mines known as the "Oyster" type which he rendered safe under Bremen Harbour in May, 1945. If the mine fuzes hit on land they would activate the mines as bombs. If the fuze fell in water, it stopped action as a delay bomb and started arming devices to make the munition into a magnetic acoustic mine.