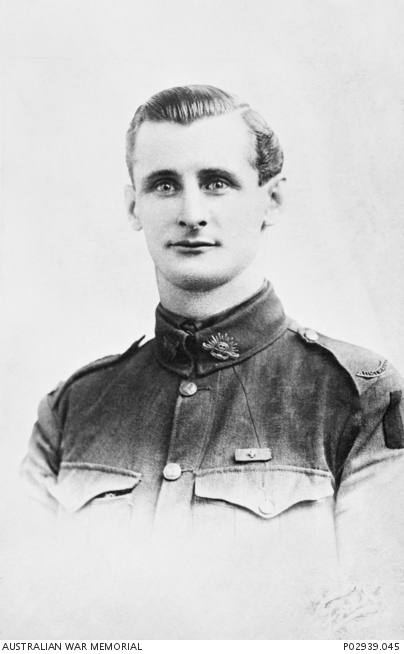 Studio portrait of Private (Pte) William Matthew Currey VC, 53rd Battalion. Pte Currey was awarded the Victoria Cross for "most conspicuous bravery and daring" on 1 September 1918 at Peronne, France. Pte Currey rushed a 77mm enemy field gun under heavy machine gun fire and succeeded in capturing the gun single handedly after killing the entire crew. He later rushed another enemy post, causing many casualties and enabling the advance to continue. He then volunteered to carry orders again under heavy gun fire for the withdrawal of an isolated company. He succeeded and returned with valuable information. He returned to Australia in March 1919 and was discharged on 2 April. He was elected to the NSW Legislative Assembly in 1941 as the Labour Member for Kogarah, the first VC recipient in the NSW Parliament, and retained his seat until his sudden death on 30 April 1948.