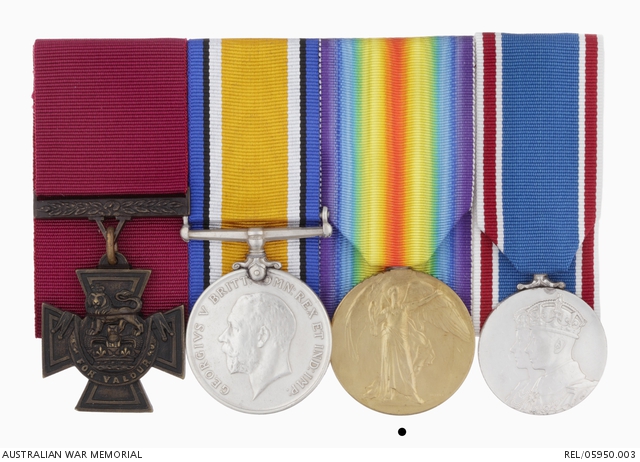 William Matthew Currey was born to William Robert and Mary Ellen Currey on 19 September 1895 at Wallsend, New South Wales. He was educated at Dudley and Plattsburg Public schools before moving to Sydney and becoming a wire worker. With the outbreak of the First World War, Currey tried twice to enlist giving a false age as his parent's consent was not forthcoming. Although initially successful, his age was discovered and he was discharged. On the second attempt, however, he managed to serve for over 11 months at the Holsworthy internment camp before his mother intervened.

In mid 1916 he finally gained his parent's approval to enlist only to fail the medical examination. Following remedial surgery, Currey was finally accepted into the AIF on 9 October 1916 and posted to the 4th Reinforcements to the Light Trench Mortar Batteries. He embarked at Sydney on 9 November 1916, arriving in England on 9 January 1917. In February he transferred to 53 Battalion (Bn), joining his new unit in France on 1 July 1917, where he was assigned to B Company. In September the battalion took part in the battle of Polygon Wood.

In July 1918 Currey attended the 14th Australian Infantry Brigade School, returning in early August. For his actions during fighting near Peronne on 1and 2 September, Currey was awarded the Victoria Cross. The following day he was taken off the line suffering from exposure to gas. On 7 September he was transferred to England for hospital treatment and saw no further active service. He left England for Australia on 8 January 1919, arriving in Melbourne on 20 February. On 2 April, he was medically discharged from the AIF.

In September he started work with the NSW Government Railways and became an active member of the Australian Labor Party. He married Emma Davies at St Saviour's Anglican Church Punchbowl on 10 April, 1920. From 1930 to 1932 he served as a warrant officer in the militia with 45th Battalion (St George Regiment) and, following the outbreak of the Second World War, served for two years with the Australian Instructional Corps. Not content to sit idle during another war, Currey resigned his position with the railways and stood as the Labor candidate for Kogarah in the NSW Legislative Assembly.

On 10 May 1941 he became the first VC winner to enter the NSW Government. Re-elected on 27 May 1944 and again on 3 May 1947, Currey was a strong advocate for returned servicemen. Hoping to gain greater representation for ex-soldiers he encouraged the politicisation of the RSL declaring that: '...soldiers must be prepared to play their part in the political life of Australia.'

On 27 April 1948, Currey collapsed in the Legislative Chamber and died three days later from a heart related illness. His death, according to his official service record, was as a result of his war service. Currey was cremated following a service at St Stephen's Church on 3 May 1948 and his ashes interred in Woronora Cemetery. In attendance were four VC recipients. He was survived by his wife and two daughters. In a tribute following his death, the Premier of New South Wales, Mr James McGirr, told Parliament: 'If the fires of his enthusiasm for service, both on grim battlefields in war and on many fronts in peace, had burned less fiercely he might still be with us today.'

Currey's medal group came into the Memorial's National Collection in 1981.