VC winners and recipients of other high awards for bravery line up on parade near the Exhibition ... 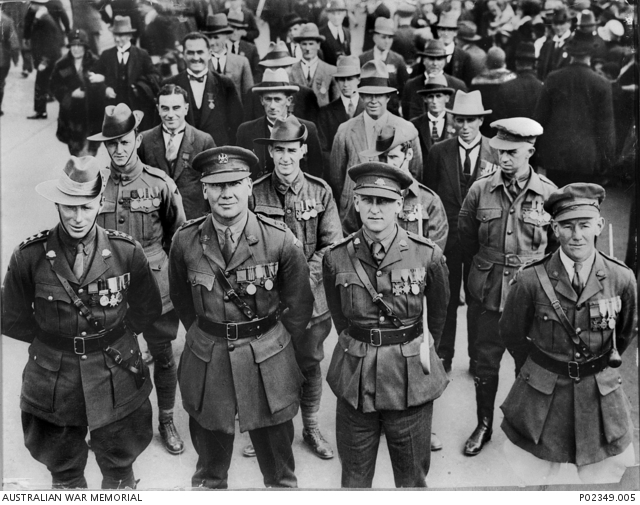