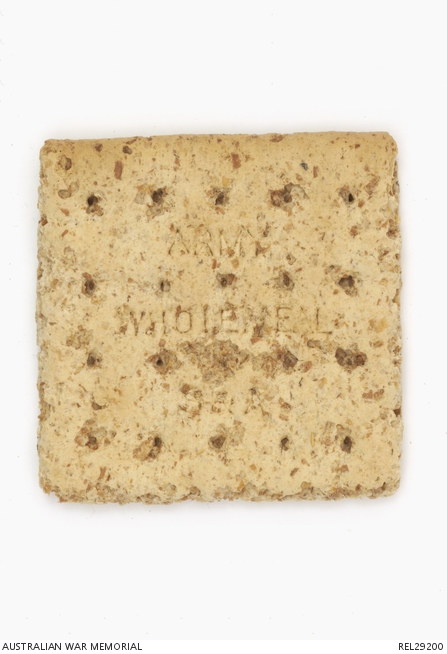 Square 'hard tack' biscuit made with wholemeal flour. The front of the biscuit has four rows of five punched holes and is stamped with the words 'ARMY/WHOLEMEAL/S & A'.

Associated with Lieutenant Charles Selby Alfred Noad of 57 Battalion, AIF. Noad was born in Melbourne in March 1896 and enlisted in the AIF on 16 July 1915. He served with 57 Battalion and won the Military Cross for his actions at Glencorse Wood on 25/26 September 1917. He embarked for return to Australia on 9 December 1918. He enlisted again during the Second World War and served with the number V39529. He was discharged with the rank of captain on 26 March 1947.