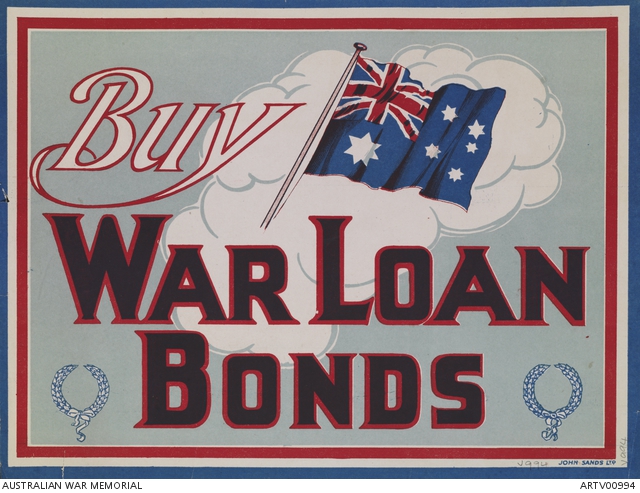 Australian First World War poster promoting the 7th War Loan drive. It features the central image of an Australian flag set against a billowing white cloud within a pale blue sky. Two peace laurels are situated in both of the lower corners of the poster. The text is printed in red, white and blue over the image in the upper left and lower half of the poster both text and image are framed within a blue, red and white border.

Most countries involved in the war realised that they would need more funds to resource their campaigns, so many developed war loan programs. These programs encouraged the population to purchase government war bonds to assist the war effort. These loans would subsequently be repaid with interest. War loan posters were produced in great volume during the First World War. The loan subscriptions were extremely successful in Australia, often exceeding the targeted amount.