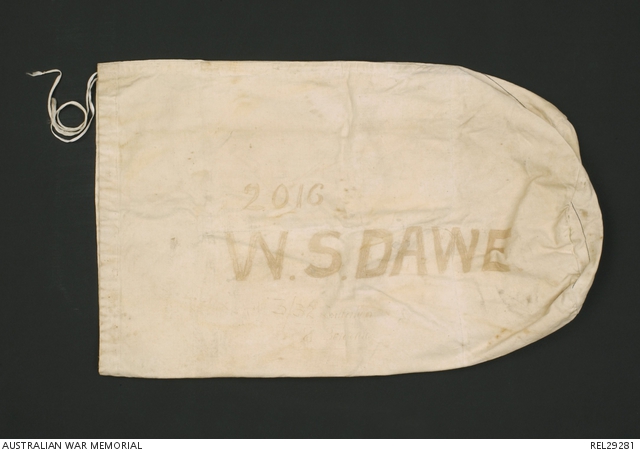 White canvas duffle bag with drawstring around the top and four pockets on the inside. On one side the words '2016 W.S. DAWE 3/32 Battalion 8 Brigade' have been written in faded ink.

Carried by 2016 Corporal Walter Stanley Dawe, a Methodist minister from Kadina, South Australia. Dawe enlisted in the third reinforcements of 32 Battalion on 3 August 1915, as a soldier rather than a chaplain, and was killed in action at Messines on 20 February 1918 aged 28. He is buried at Messines Ridge British Cemetery.