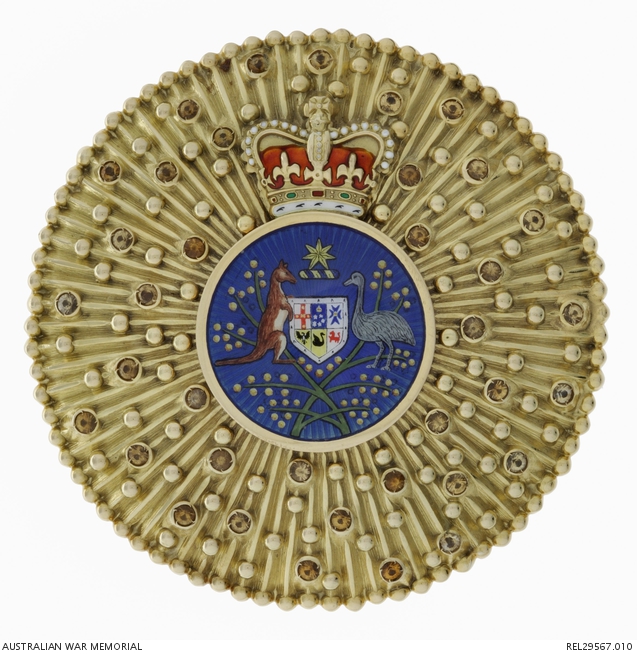 Breast Star, Knight of the Order of Australia. Unnamed as issued.

Born in 1916, Arthur Roden Cutler saw pre-war service in the Citizen Military Forces with the Sydney University Regiment. On 1 May 1940 he enlisted in the Second AIF as NX12378, and was posted as a Lieutenant to 2/5 Australian Field Regiment (7 Division). He was awarded the Victoria Cross for actions between 19 June and 6 July 1941 in the Merdjayoun-Damour area of Syria. As a result of wounds suffered in the last of these actions, at Damour on 6 July, his right leg had to be amputated.
After his return to Australia in late 1941, Cutler held a variety of appointments including; High Commissioner to New Zealand 1946-52, High Commissioner to Ceylon 1952-55, Australian Minister to Egypt 1955-56, High Commissioner to Pakistan 1958-61, Australian Consul-General in New York 1961-65 and Australian Ambassador to the Netherlands in 1965. In December 1965 he was created Knight Commander of St Michael and St George, and in January 1966 he was sworn in as Governor of New South Wales, a position which he held until his retirement in 1981, at which time he was created a Knight of the Order of Australia.