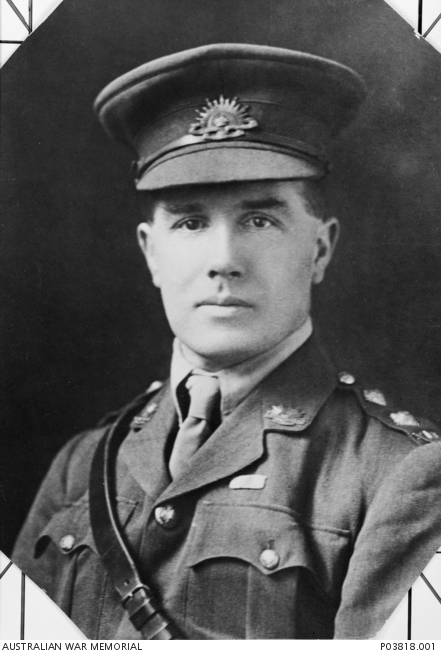 Studio portrait of Lieutenant (Lt) Percival Gorman Neeson MC, after receiving his Military Cross (MC) from the King at Buckingham Palace. He enlisted in August 1916 and was commissioned as a Second Lieutenant in the 26th Battalion, embarking aboard HMAT Commonwealth in March 1916. Within months of arriving in France, he was involved in the fighting at Pozieres, and on 29 July 1916 was severely wounded in the head while attacking enemy positions, and was not expected to survive. For his gallantry in this action, he was recommended for the Military Cross. He was evacuated to Paris, and then to England suffering from partial paralysis of the right arm and hand. He was operated on by the King's surgeon who removed fragments of skull from his brain and inserted a silver plate into the hole in his skull. Lt Neeson made a full recovery in time to receive his MC personally from the King. He was no longer considered fit for active service and was repatriated to Australia in 1917.