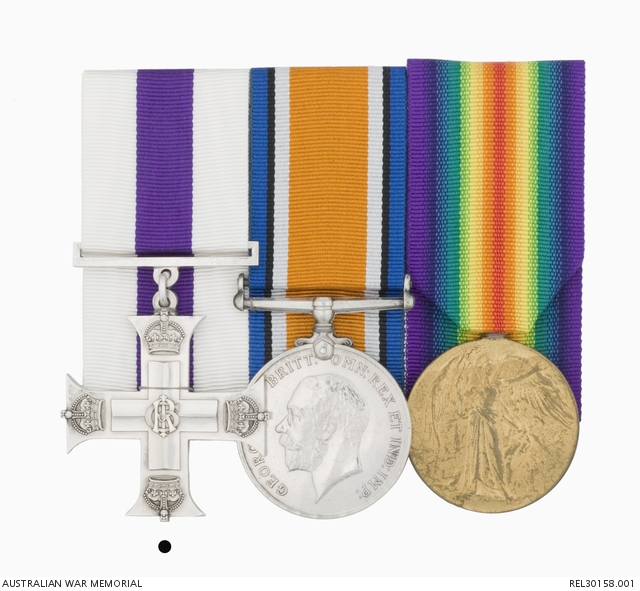 Born in 1888, Percival Gorman Neeson was a languages teacher working in Grafton before he enlisted in the AIF in August 1916. Commissioned in 26 Infantry Battalion, and quickly becoming known to his men as 'Granny', due to his interest in their welfare, he sailed for France on the troopship 'Commonwealth' (A73) with the 10th Reinforcements to the unit in March 1916. Within four months, he was involved in the savage fighting at Pozieres, on the Somme, and on 29 July he was severely wounded in the head while attacking enemy positions. For his gallantry in this action he was recommended for the Military Cross, but his wound was so serious that he was not initially expected to survive. The citation for the award of the Military Cross (in which he is named as 'Second Lieutenant Gordon Neeson') reads 'For gallantry on the morning of 29th July 1916, at POZIERES. He took a prominent part in the assault on the German trenches and personally attacked a machine gun which he put out of action, before being himself wounded in the head.' An account written by one of his men shortly after the event goes further in stating that, after a withdrawal from concealed German wire had been ordered, 'Lt Neeson heard unmistakable sounds of preparation for a gas discharge by the enemy. Realising the tremendous danger if the men were caught in the open he decided with the assistance of a corporal ... to try to stop the gas discharge. They crawled carefully up between the fire of two machine guns and looked over the German parapet. There he saw the Germans about to discharge the gas from two cylinders. It did not take him long to account for those two men with his revolver. About this time a machine gunner observed Lt Neeson and the corporal and immediately opened fire on them. Mr Neeson also accounted for this gunner, but not before the gunner had planted a bullet in Lt Neeson's head, making a very dangerous and serious wound about one and a half inches long.'