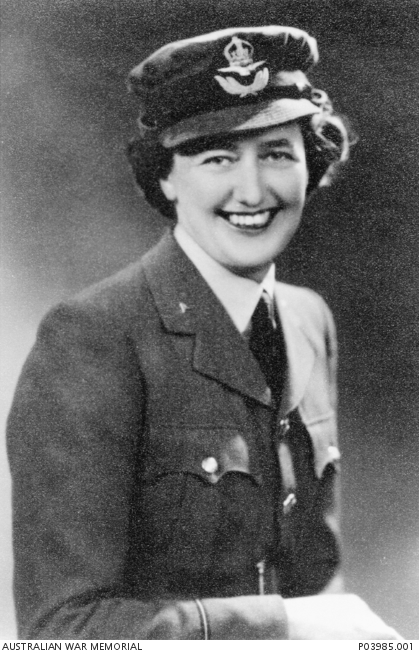 Studio portrait of Flying Officer Jean Starling. Starling arrived in Canberra from Melbourne as a teenager in 1928 and lived with her family in Forrest. She became Canberra's first librarian and established the library in the rear of Acton House. In 1938 she travelled to Britain and undertook a librarian's course at London University College while working at Oxford City Library. When the Second World War broke out Starling volunteered for the Women's Auxiliary Air Force (WAAF) and trained as a specialist photographic interpreter. Now Flying Officer Starling, she served at the Central Interpretation Unit (CIU). She was employed alongside 1,700 other personnel to analyse and interpret at its height a daily intake of 25,00 negatives and 60,000 prints from which 40000 intelligence reports were ultimately produced. After the war Starling returned to Canberra and worked at the National Library before joining the Department of Defence and later the Department of Prime Minister and Cabinet. She died in 1998.