It would be terrible if we who knew the horrors that modern warfare brought . . . did not record them

During the Second World War thousands of Australians became prisoners of war in Europe and Asia. Among them was the official war artist Murray Griffin, whose paintings and drawings made in Changi prisoner-of-war camp are an extraordinary pictorial account of the prisoners daily struggle against disease, malnutrition and despair.

Vaughan Murray Griffin studied painting and drawing at the National Gallery of Victoria Art School, Melbourne. He then taught art at Scotch College in 1935 and was drawing master at Melbourne Technical College from 1936-40. He was considered a modernist in his use of colour and design and he was the first member of the Contemporary Art Society to be appointed an official war artist. He arrived in Singapore in November 1941 to take up his commission with the 8th Division AIF. His overseas post was estimated to last six months, and his overall appointment nine months.

From November to December, Griffin spent most of his time in the Mersing area. Before the end of December he had packed and posted 15 oil and pencil sketches to Australia. He also sent 10 canvasses a month later. Unfortunately, these works did not reach Australia and their fate remains unknown. He moved to the Gemas-Muar sector in mid-January 1942, when his appointment was extended for three months. However, the Japanese forces had already invaded the Malay Peninsula and by February had captured Singapore. Griffin became a
prisoner of war along with 15,000 other Australians.

For three and a half years while in Changi, Griffin kept his status as officer and was therefore exempt from forced labour and could continue his work as an artist. A few months after capture, when the Japanese permitted supervised parties to collect gear from the old AIF kit store in Singapore, a box of his paints and brushes were retrieved and brought to camp. When these supplies ran out he had to use improvised materials; he manufactured his own colours, grinding clay for red and yellows. When the brushes wore out he used small palette knives which a tool maker at the hospital made for him. He painted on wooden door panels, pieces of three-ply, and sheets of masonite from demolished buildings.

At the end of 1943 the first survivors of the Burma-Thailand railway returned to Changi and Griffin was shocked by their diseased and emaciated condition. His work changed from being optimistic records of camp life, to visual documents of atrocities and death. These works were set against the lush landscape of Malaya, and he noted ...Malaya is beautiful. Rich glowing contrasts of colours, heavy massive foliage, grey twisting tree trunks curving through the air in mellow heat and stabs of brilliant colour to excite the senses. Griffin was returned to Australia in October 1945.

In his later career he was known for his colour prints of birds and other animals. He was influenced by Japanese woodblocks and the Anthroposophical philosophy of Rudolf Steiner. He often travelled into the countryside around Melbourne on landscape painting excursions, in a desire to express a spirit of place in his works. He taught drawing at the National Gallery of Victoria Art School from 1946-53, and was senior lecturer at RMIT from 1954-68. 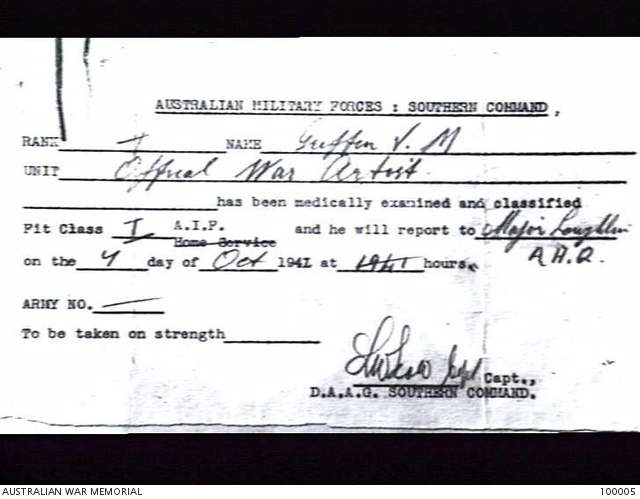 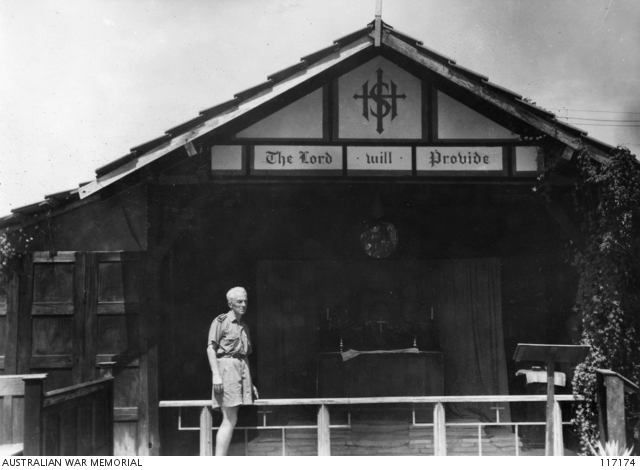