Henry Miller Lanser, known as “Miller”, was born in 1890, the eldest son of Edward and Bertha Lanser of Paddington, New South Wales. He attended the Waverly Public and Fort Street Schools, and went on to become a motor mechanic. He was also member of the local senior cadets.

Lanser enlisted in the Australian Imperial Force on 2 September 1914. He was posted to the 1st Battalion, and after a brief period of training in Australia left with the first contingent on the 18 October 1914, arriving in Egypt that December.

While in Egypt Lanser took the opportunity to make a recording of his voice at a small record manufacturing business. He sent the pressed shellac disc and metal stamper home to his family. On it he said: I hope you all had a real jolly good Christmas – we did, I know. And of course it’s … not really the first time I’ve been away for Christmas, but I was anxious to get back for this one. But here I am, here now – I am really enjoying myself and that’s the main thing …

On 25 April 1915 the 1st Battalion landed at Anzac Cove as part of the second and third waves of the Gallipoli landings. During the confusion of these early days Lanser was wounded with a gunshot to the left knee. He was evacuated from the peninsula in early May and spent some time recovering in a hospital in Egypt. He re-joined his battalion on Gallipoli at the end of July 1915. Lanser’s battalion participated in the attack on Lone Pine on 6 August. At some point during this battle Lanser received gunshot wounds to the chest and arm. He was once more evacuated, and was not fit to return to his battalion until early in 1916.

In March 1916 Lanser travelled to France with his battalion to fight on the Western Front. He attended a school of instruction in Belgium and shortly afterwards received his commission as a second lieutenant. He went on to fight on the Somme in July, when the 1st Division captured the French village of Pozières. He spent much of the rest of the year at training courses in Stokes trench mortars and Lewis machine-guns.

On 5 November 1916 the 1st Battalion participated in an operation near the French village of Flers. Second Lieutenant Lanser led his men into no man’s land, where he was hit by machine-gun fire. Reports indicate that he was killed instantly. His body was not recovered for some months, but he was eventually buried nearby. Henry Miller Lanser is buried in the Grevillers British Cemetery in Grevillers, France.

In Australia his parents were left with a unique record of their son in what has become known as the “Lanser disc”. 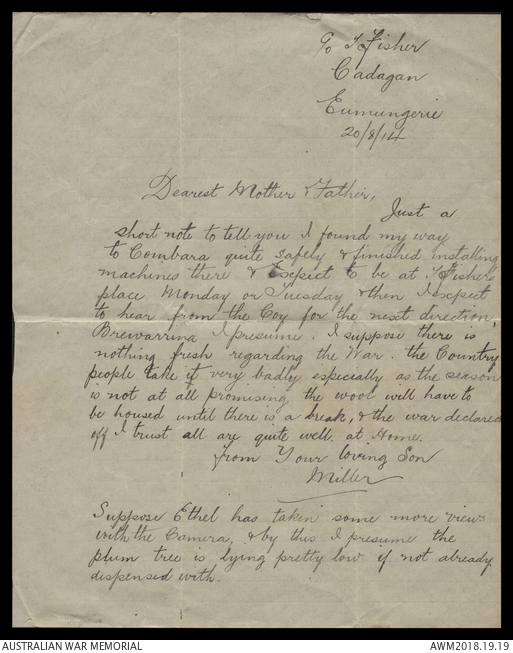 Correspondence from Henry Miller Lanser to his family, 1914-1916

Correspondence from Henry Miller Lanser to his family, 1914-1916 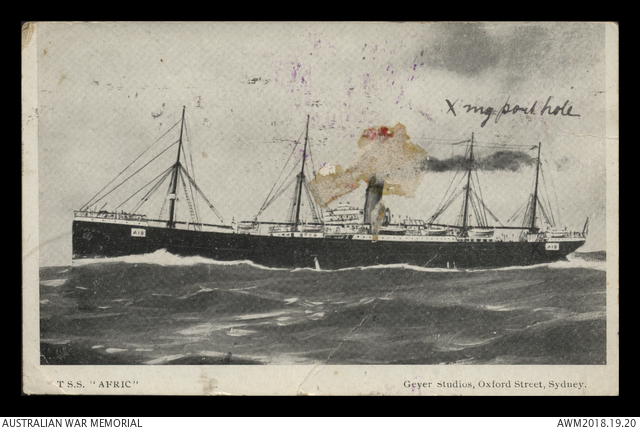 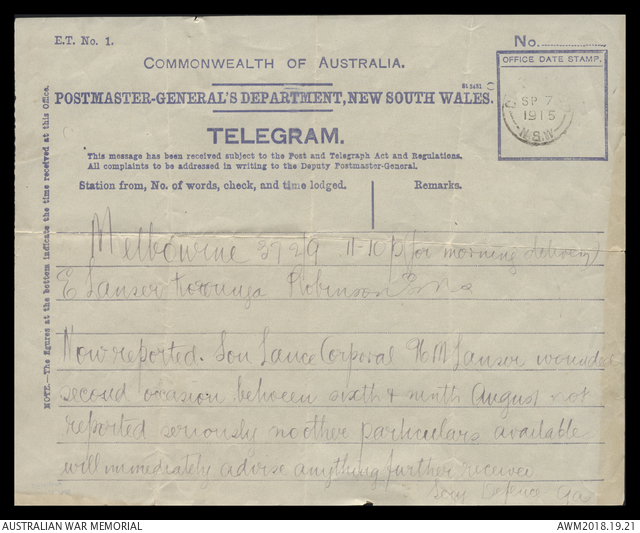 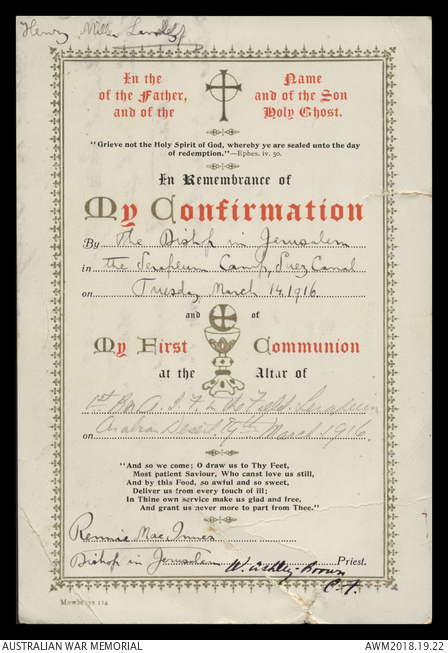 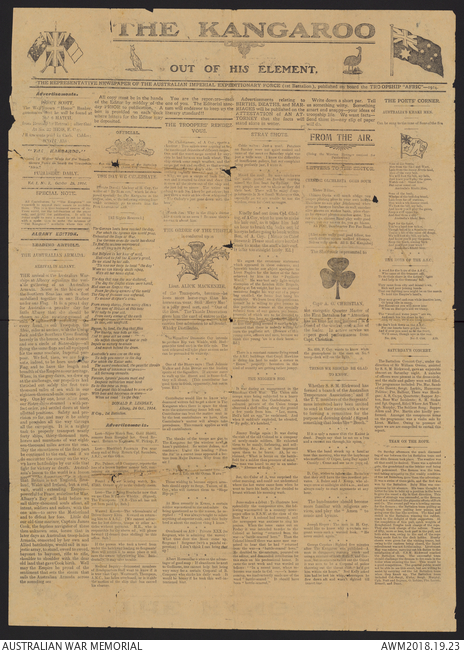