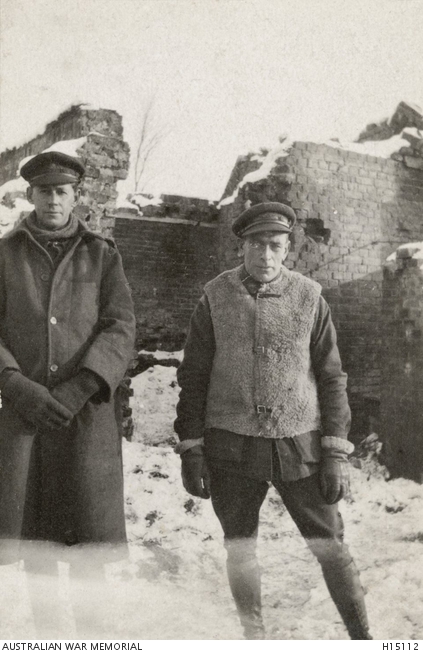 Robert James Henderson was born in Sydney in late 1885 or early 1886, the eldest son of James Henderson and Amy Violet Henderson (née Richardson). He attended Fort Street School and Sydney Grammar School before training and working as an electrical engineer. On 23 May 1915, he enlisted with the Australian Imperial Force (AIF), allotted to the reinforcements of the 13th Battalion as a private, service number 2392. His brother Leonard also enlisted with the 13th Battalion and they left Sydney aboard the HMAT Shropshire on 20 August 1915.

After a few weeks on Gallipoli he joined the evacuation and was back in Egypt in early January, and was commissioned as a second lieutenant. In June the battalion was sent to France, taking part in the fighting around Pozières and Mouquet Farm in August. During the fighting he was struck by a machine-gun bullet which went through his right thigh. After a lengthy recovery in London, Henderson joined his battalion at the end of April, having just missed the costly fighting around Bullecourt. On three occasions Henderson was recommended for an award for his actions, without result.

On 11 June 1917, Henderson was wounded in the fighting around Messines, with another gunshot wound to the right thigh, but returned to his battalion two weeks later. For the remainder of 1917 the battalion advanced towards the Hindenburg Line. In March and April 1918, the battalion helped to halt the German spring offensive. It was during the fighting near Villers-Bretonneux on 2 May 1918 that Henderson was wounded in action for a third time, shrapnel severely fracturing his left femur. He had been leading his company forward in the face of heavy machine-gun and rifle fire and had succeeded in consolidating their position. He was admitted to the 1st Canadian General Hospital at where he suffered a secondary haemorrhage and died on 13 May 1918, aged 32, and was buried at Etaples Military Cemetery.

Henderson was posthumously awarded a Bar to his Military Cross for his actions near Villers-Bretonneux.