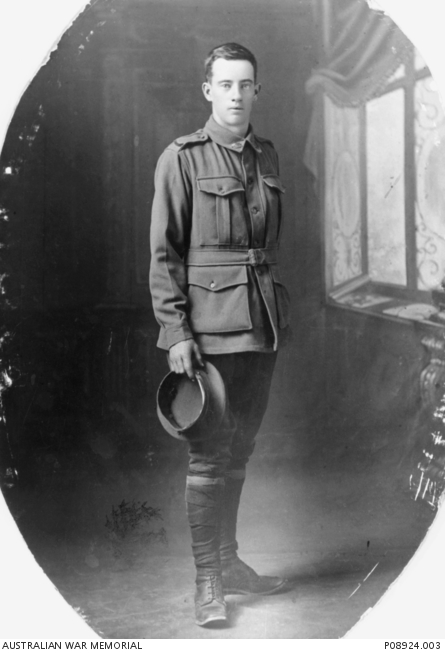 William James Gunn Murray was born on 2 December 1896 at Warracknabeal, Victoria, the youngest son of William and Elizabeth Murray (née Gunn). He attended school at Warracknabeal and nearby Batchica, and was also a member of the Senior Cadets for several years. After training to become a teacher, Murray began his teaching career at Antwerp State School and was later transferred to Horsham State School. It was while he was teaching at Horsham that Murray made the decision to enlist for First World War service on 31 January 1916. After completing his cadet training he had joined the Citizen Forces, the part-time service of the Commonwealth Military Forces, and had spent over a year with them by the time he enlisted. His older brothers George and Leslie, both farmers, had enlisted in 1914 soon after the war had broken out. Upon enlistment Murray was allotted the service number 5147 and the rank of private, and was assigned to the 6th Infantry Battalion. On 8 February, the 19-year-old reported to the military camp at Bendigo. Just under two months later, on 1 April 1916, he embarked from Melbourne aboard the troopship HMAT Suffolk.

Around six weeks later Murray arrived in Egypt where he joined a training battalion. Reinforcements were only given basic training in Australia before they left for overseas, so they underwent further training in Egypt (and later England). Murray was then transferred to the 58th Battalion, a fledgling battalion of the newly formed 5th Australian Division. In June, the men left Egypt for France, arriving in the port city of Marseilles at the end of the month. The battalion fought its first major action soon after, at the disastrous battle of Fromelles on 19 July 1916. Approximately half of the battalion was ordered to attack late in the battle and was virtually annihilated by machine gun fire. Overall, the battalion suffered casualties equal to almost a third of its strength. The next month, Murray was hospitalised with mumps but returned to his unit in early October after recovering. The battalion spent the bitterly cold winter of 1916-1917 on the Somme.

Early in 1917 the battalion participated in the advance that followed the German retreat to the Hindenburg Line but it was spared from the assault. On 26 March the battalion was sent into action at Lagnicourt. Murray and a mate volunteered to carry messages from the front line to headquarters under very severe conditions. After embarking to deliver one such message the men failed to return. The next day Murray was reported as missing in action and his body was unable to be located. A Court of Inquiry convened in the field on 31 October 1917 determined that, given the available evidence and witness testimonies, he had been killed after being hit by an enemy artillery shell. Murray was 20 years old. 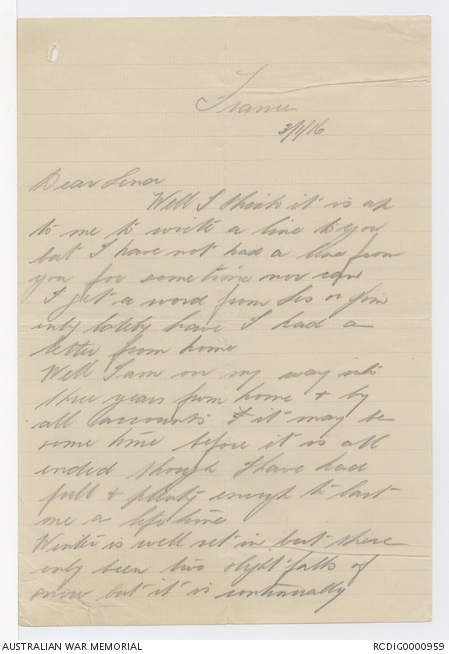 Letters from George Alexander Hugh Murray to his family, 1917 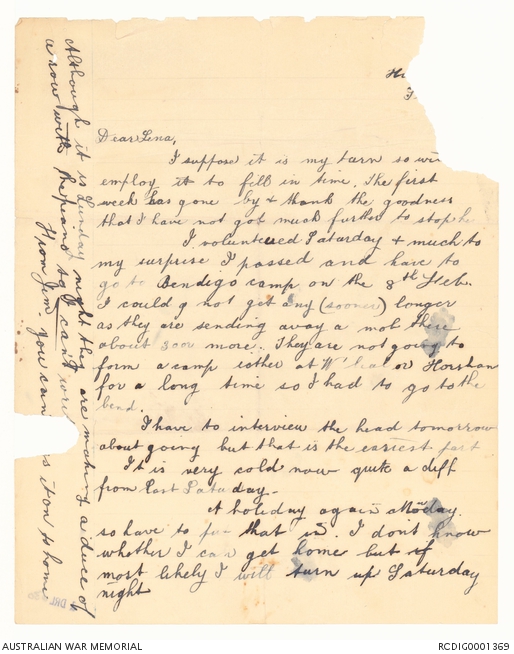 Letters from William James Gunn Murray to his family, 1916

Letters from William James Gunn Murray to his family, 1916 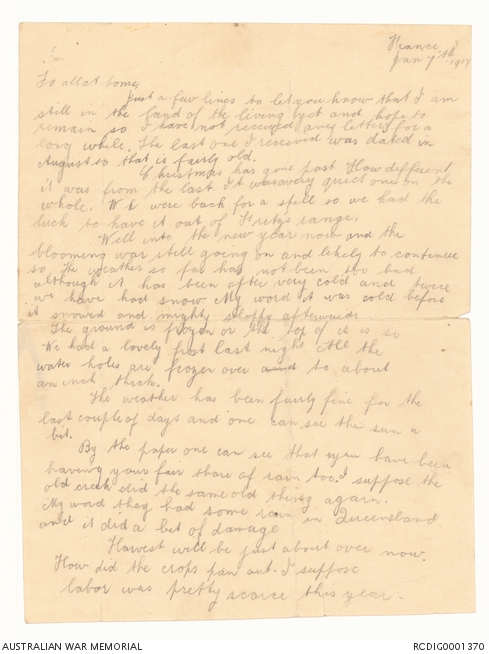 Letters from William James Gunn Murray to his family, 1917

Letters from William James Gunn Murray to his family, 1917