Frank Jubilee Olle was a 27 year old school teacher when he enlisted as a corporal with the 5th Infantry Battalion on 18 August 1914. Prior to enlistment, Olle was engaged in the Naval Reserve, training with them between 1907 and 1909. He embarked from Melbourne aboard HMAT Orvieto on 21 October 1914, and was present when the vessel took on German prisoners after the Sydney-Emden encounter. Soon after, Olle was promoted to lance sergeant and taken with the rest of the 5th Battalion to prepare for the Gallipoli landing. On 25 April 1915, Olle went ashore as part of the second wave, only to suffer a severe wound to his knee. He was evacuated to Heliopolis, Egypt, where he was unable to recover from his wound, and died a month later on 31 May 1915. Frank Jubilee Olle is buried in Cairo Memorial Cemetery, Egypt. 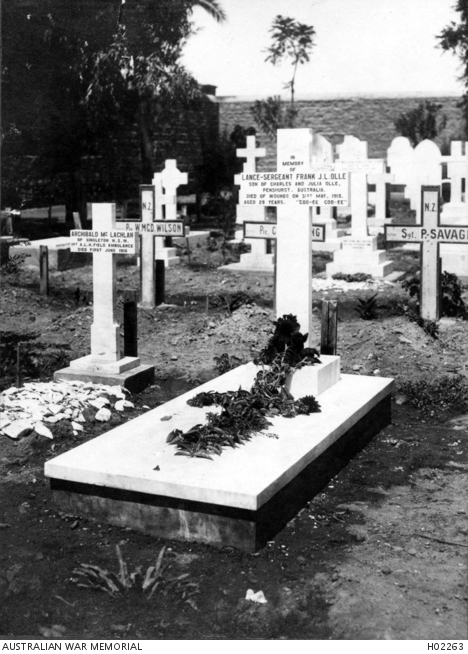 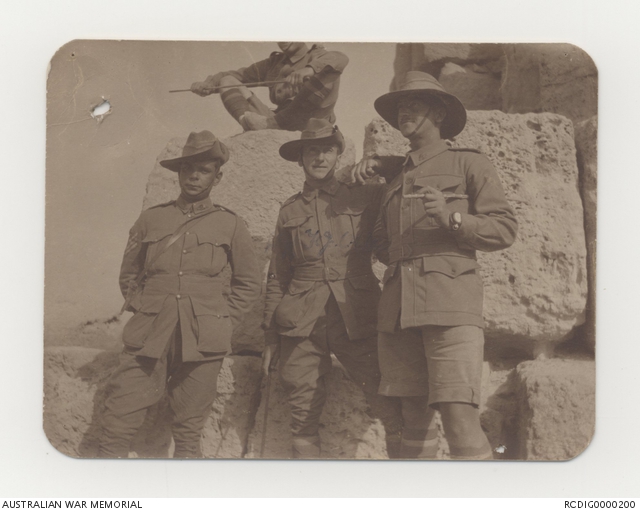