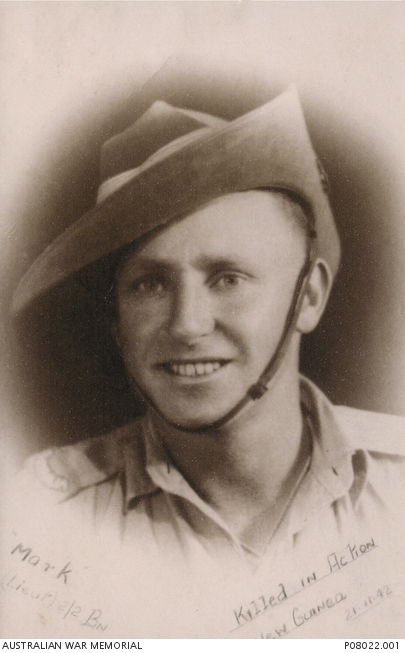 Lieutenant Mark Strong enlisted to the Second Australian Imperial Force on 26 April 1940. After a period of training, he was posted to 2/2 Australian Infantry Battalion and embarked for service in the Middle East in February 1941. Lieutenant Strong served in Palestine and Syria, and returned to Australia via Ceylon in mid-1942. He then served with his unit in New Guinea. Lieutenant Strong was killed in action in Papua on 21 November 1942. He is buried at Port Moresby (Bomana) War Cemetery, Papua New Guinea.