The lone piper and Flowers of the forest

The origins of the lone piper are obscure, although a lone piper has been a feature of Scottish military ceremonies for several hundred years. The bagpipes are the traditional instrument of the people of the Scottish highlands and have been carried into battle with Scottish soldiers from the days of William Wallace in the 14th century to the Falklands War of 1982. Traditionally, in Scottish units a lone piper takes the place of a bugler to signal the day’s end to troops (see Last Post) and also bids farewell to the dead at funerals and memorial services.

It is unclear when pipers first became a feature of Australian memorial services. In the early decades of the 20th century, Australia had a large expatriate Scottish community, represented by several Scottish battalions in the Militia. It seems likely that the ceremonial presence of a piper became established during the 1920s.

Flowers of the forest is the tune usually played on these occasions. It is a traditional Scottish lament (song of mourning and remembrance). 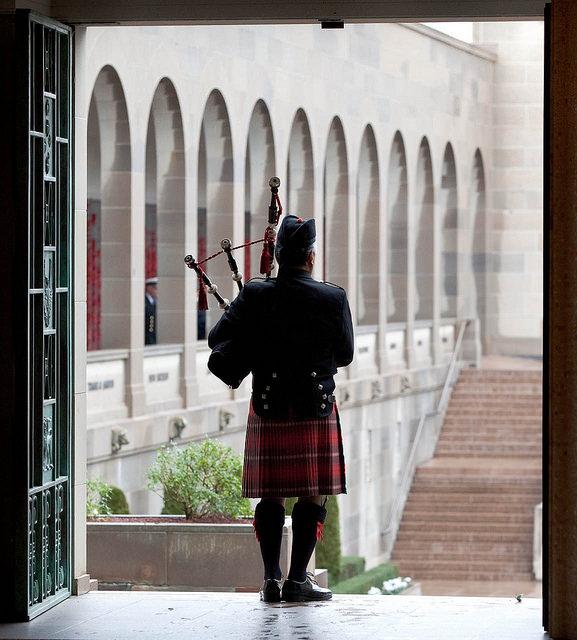