100th anniversary of the Battle of Hamel

On 4 July 1918 the Australian Corps, led by General Sir John Monash, were victorious at the Battle of Hamel. Monash meticulously planned out the battle to last 90 minutes – it took 93 minutes. By this time in the war Australian soldiers had become highly skilled in combat. They provided training to the less experienced American soldiers who joined them to fight at Le Hamel. Over time, Australian and American forces built a mutual respect and mateship that endures today.

To mark the 100th anniversary of the Battle of Hamel, the following program of commemoration and activities will take place:

The capture of the town of Hamel and its surrounding areas was thought to be a significant and strategic boon to the Allied cause in 1918. Capture of these areas would provide an important foothold around the Somme area, as well as adding depth to defences on Hill 104 - the Villers-Bretonneux plateau. Perhaps most importantly, this area was the key to the defence of nearby Amiens.

Read an overview of the Battle of Hamel

The French countryside will be brought to life through virtual reality at the Australian War Memorial in order to commemorate the centenary of the Battle of Hamel on 4 July 2018. Audiences will experience this key action in a 10-minute interactive digital experience, viewed via a VR headset and headphones in the Memorial’s BAE Systems Theatre. 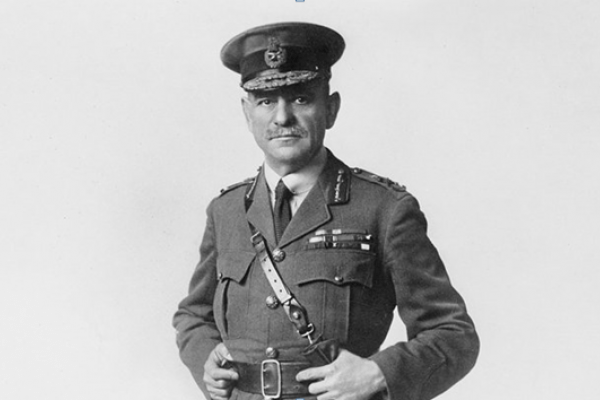 On the centenary of the Battle of Hamel, the Australian War Memorial will dedicate a new sculpture in the Memorial’s grounds commemorating the life and achievements of General Sir John Monash.

The Battle of Hamel was the first major British offensive operation since the battle of Cambrai, the first major action of the Australian Corps under the command of General Sir John Monash, and the first time infantry, artillery, tanks, and aircraft were closely integrated in combat. It was also the first time the Australians fought side by side with the Americans. Memorial historian Dr Aaron Pegram discusses these aspects of the battle and its significance to the fighting on the Western Front.

Last Post Ceremony: Centenary of the battle of Hamel

A Last Post Ceremony marking the 100th anniversary of the Battle of Hamel will be held in the Memorial's Commemorative Area at 4.55pm. This ceremony will commemorate Corporal Charles Robert Blucher, who was serving with the 43rd Australian Infantry Battalion in the First World War.