The capture of the town of Hamel and its surrounding areas was thought to be a significant and strategic boon to the Allied cause in 1918. Capture of these areas would provide an important foothold around the Somme area, as well as adding depth to defences on Hill 104 - the Villers-Bretonneux plateau. Perhaps most importantly, this area was the key to the defence of nearby Amiens. Unless they gained control over this area, Allied movements would be blocked between Villers-Bretonneux and the Somme, and mounting an offensive would be much more difficult.

The Hamel operation was under the command of Lieutenant General John Monash (his first as a corps commander), who stated:

It was high time that the anxiety and nervousness of the public, at the sinister encroachments of the enemy upon regions which he had never previously trodden, should be allayed by a demonstration that there was still some kick left in the British Army. I was ambitious that any such kick should be administered, first, at any rate, by the Australians.

The attack would primarily take the form of an infantry assault, but with significant tank and artillery support. Monash wanted to attack as early as possible, to avoid light, decreasing enemy visibility and protecting the troops from fire for as long as possible.

Planning was conducted in strict secrecy. Dummy installations were created to throw the Germans off, harassing fire was maintained while troops were getting into positions, and no daylight movement of troops was allowed - nothing that would warn that an attack was about to take place. Monash also asked for 18 planes to bomb Hamel, as well as older, noisier ones to distract attention from the noise of the tanks' whereabouts and movements. Several arms of attack were coordinated through the detailed and organised planning of Monash and his senior officers. All decisions and strategies were outlined, refined and formalised in group meetings.

Of the attack, Gunner J.R. Armitage wrote in his diary:

The earth shook and the mind boggled at the concussion.

On 4 July, operations by the Australian Corps against Hamel and surrounding areas were launched. For the first time in the war, American troops acted as part of an offensive. Four companies were sent as attachments to the Australians, in an effort to give the Americans some first-hand battle experience.

The Hamel confrontation was described as a brilliant success. In two hours, all objectives were obtained, and 1,400 German prisoners were captured, as well as many weapons. Australian troops suffered 1,062 casualties, with 800 killed. Although Hamel was a great success for Australian troops, they had entered into battle already holding some strong cards. By July, the German offensives had been all but stopped. New techniques and weapons, such as the successful use of tanks at Cambrai in 1917, an artillery that was more comprehensive and had improved accuracy, and more Lewis guns (light machine-guns), had significantly improved AIF performance by 1918. Better and faster communications were also an integral part of Hamel's success, such as the use of reconnaissance planes. Movements of German as well as Australian troops were marked on maps identical to those held by command below, and dropped down to motor bike riders who then dispatched the maps to the relevant section area. Consequently, Monash and battalion leaders had current information on the progress of the battle in minutes, compared with earlier laborious systems of communications.

Planes were also used to drop ammunition and supplies to troops on the battlefield below by parachute- the first time in a battle on the Western Front that aircraft were used for this purpose. Use of the Mark V tank was also pioneered at Hamel, and would continue to play a prominent role in 1918 battles. Sixty Mark V tanks and four supply tanks were used. In preparation, Monash made the men from the different tank and infantry divisions mix and form friendships, and each infantry battalion painted its insignia on a tank. As well as fostering camaraderie, this made it easier to plan movements, as each tank and battalion were colour-coded and would advance together. In the fighting, only three tanks were disabled, and many Germans troops surrendered when faced with them.

Artillery was used heavily at Hamel to hit German batteries, ammunition dumps and installations. Two-thirds of the artillery power was directed at German counter-batteries, causing many German casualties, and destroying their artillery capability to hit advancing infantry. Combinations of artillery, high explosives, shrapnel and smoke were employed, as well as heavy fire-power (Lewis and 46 heavy machine-guns) to move with the attack.

Infantry, artillery, tanks and planes worked together for over 2 kilometres, with relatively few losses. Monash wrote:

A perfect modern battle plan is like nothing so much as a score for an orchestral composition, where the various arms and units are the instruments, and the tasks they perform are their respective musical phrases.

A civil engineer by profession, Monash perhaps better understood these precepts, and could see their best application when looking at a map of a battle plan. Monash's ability to realise the potential of these weapons when used in combination is what is said to have distinguished him from other commanders in the battlefield.

French President Georges Clemenceau visited Australian troops who had fought at Hamel and said in a speech:

I shall go back tomorrow and say to my countrymen: "I have seen the Australians, I have looked into their eyes. I know that they, men who have fought great battles in the cause of freedom, will fight on alongside us, till the freedom for which we are all fighting is guaranteed for us and our children."

On the 5th April 1918, when the enemy delivered a very heavy attack against the position occupied by the Battalion near Hbuterne he went through the enemy's intense barrages with communications for Battalion Headquarters. He showed a total disregard for his own safety and seemed obsessed solely with the idea of getting his dispatches through. He is recommended for distinction.
From the Military Medal citation 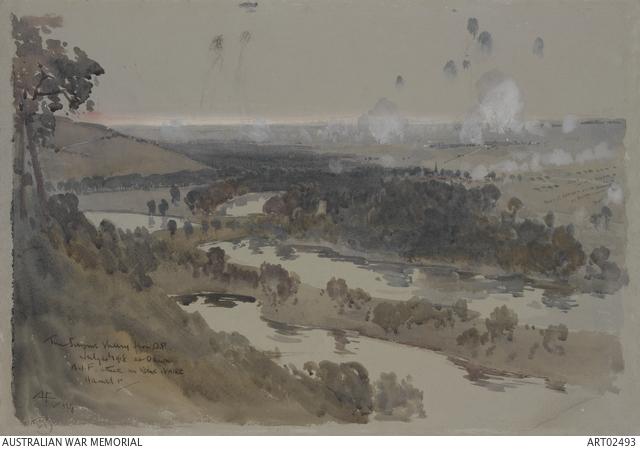 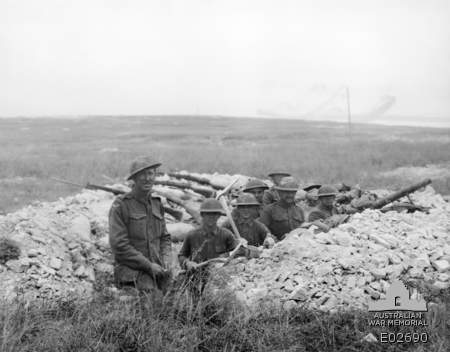 Australian and American troops dug in together at Hamel, 4 July- Independence Day in the United States 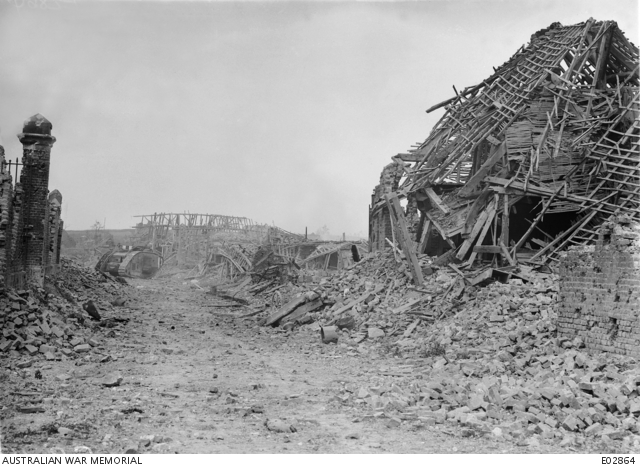 A tank conducting mopping up operations in a ruined street of Hamel, the day after its capture by troops of the 11th Australian Infantry Brigade, 5 July, 1918. 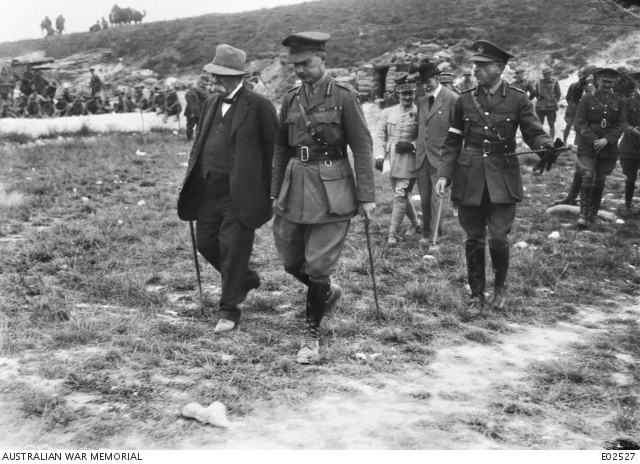 Left to right: Clemenceau walking with Major General E.E. Sinclair-Maclagan (4th Divisional Commander) and Lieutenant General John Monash, during his visit to the Australian troops at the front, 7 July 1918. 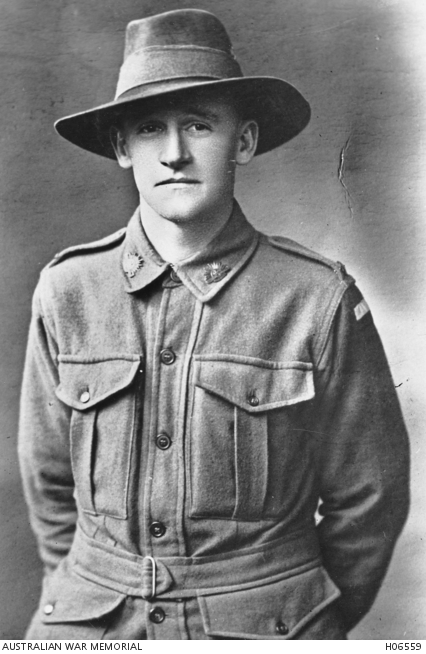