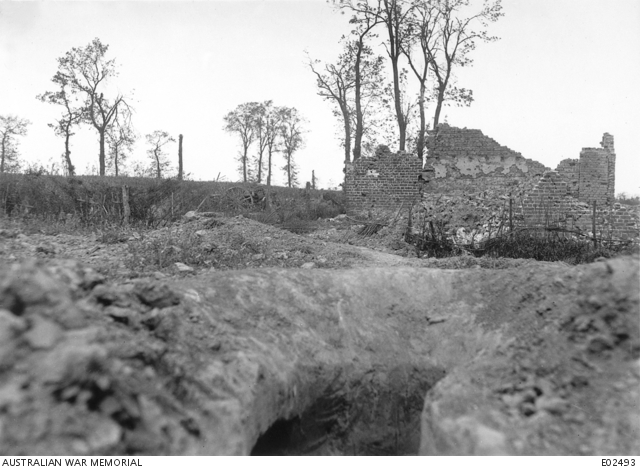 An outpost near Merris, 17th June 1918. View from one of the front-line posts established by the 1st Australian division in pushing forward east of Hazebrouck. From posts such as this small parties of Australian brigades constantly raided the posts opposed to them.

Peaceful penetration involved aggressive patrolling and capturing pockets of German prisoners and small positions on the front lines at Amiens, Hbuterne and Hazebrouck, slowly and steadily advancing the Allied front line. Such penetrations were spontaneous and independent. Although these were small scale operations, by 8 July, almost 3 miles had been added to the front, and 1,000 German prisoners had been captured, as well as weapons and supplies. Working in small groups and on their own initiative, Australian soldiers demonstrated their strength and skill in this type of attack. It would seem that Australian soldiers believed all they needed was a cocky attitude, and Germans would readily surrender to them!

Stories were coming in of German dawn patrols going out to relieve their night outposts and finding them deserted. There seems to have been quite a bit of this most mysterious and demoralising things happening and it appeared that blackened Australian infantry parties would sneak out, surprise these outposts and, at the point of cold steel, bring them back without firing a shot! 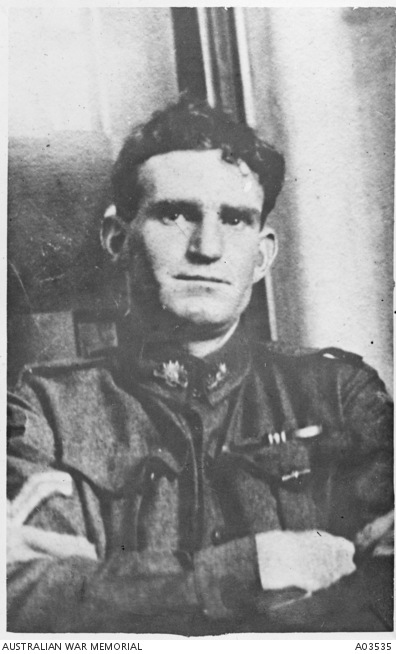 In an example of "peaceful penetration" on 9 July 1918, Captain John Herbert Farrell MM, 6th Battalion, single-handedly captured a German gun crew of eight men and their machine gun near Merris.

Just before going into the line at Merris, Captain Carne said to Blue (Farrell) - "I am going to send you to a N.C.O. School when we come out of the line." Bluey dropped his bundle and said - "Cripes, don't do that Captain." Captain Carne humourously replied- "Well Farrell, if you bring me in a little Fritz for identification purposes, I won't send you."